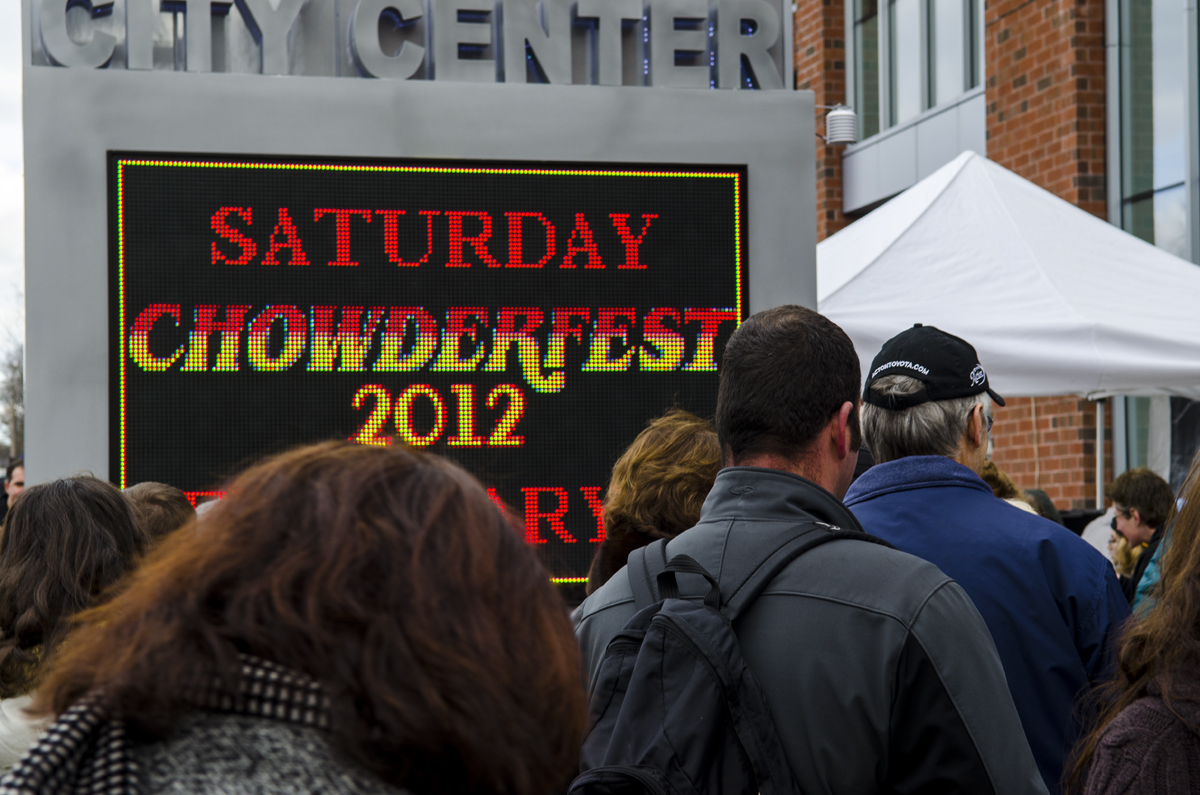 As a non-seafood person, Chowderfest was the last place I thought I’d be Saturday afternoon. Little did I know how many great chowders there are that don’t involve clams! 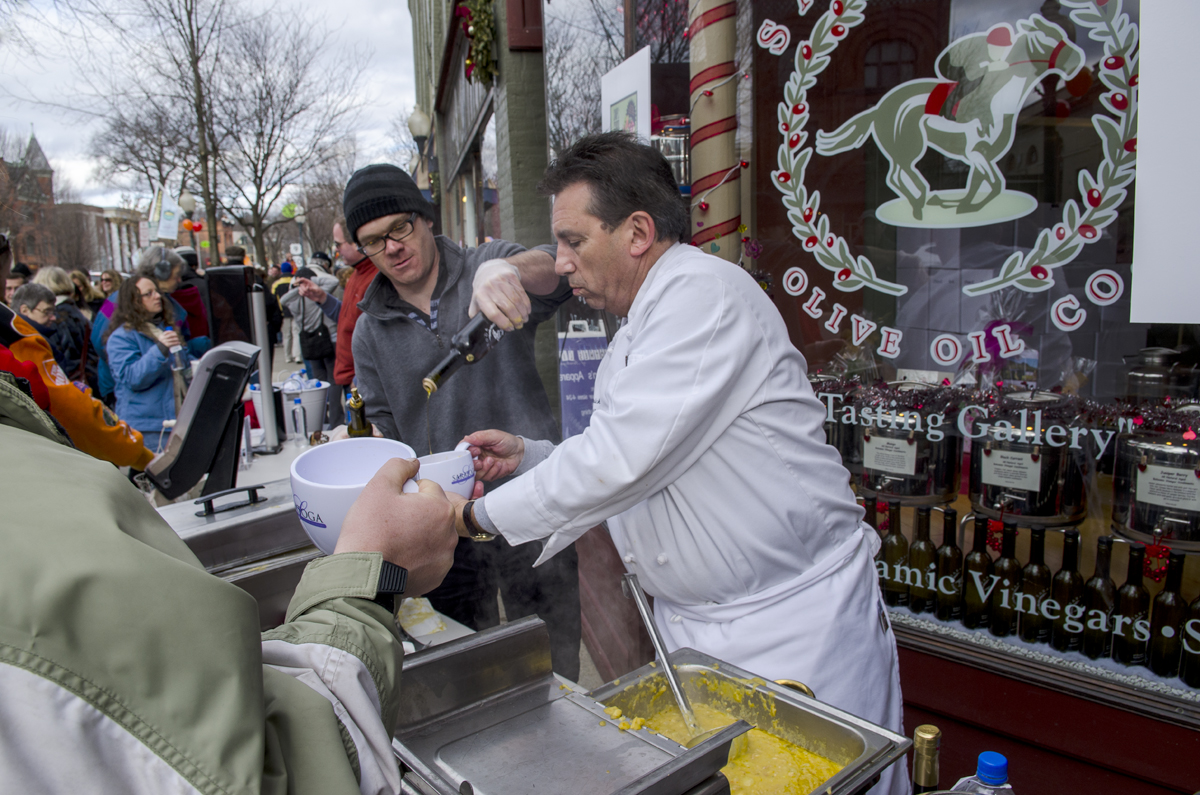 Lines were long, but chefs around the city seems to make an endless supply of chowder. Everywhere you turned people were eating and smiling. 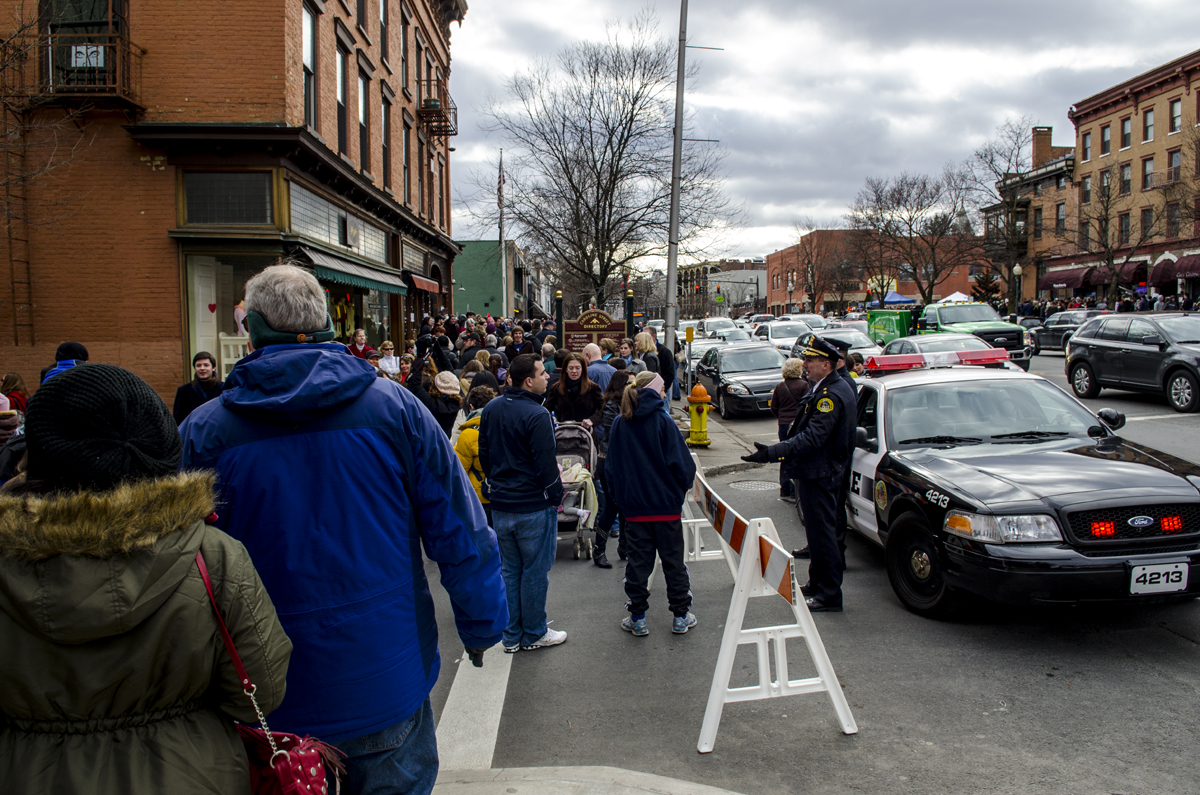 Saratoga PD were doing crowd control, but I was there in the early afternoon and things seemed very peaceful and orderly. 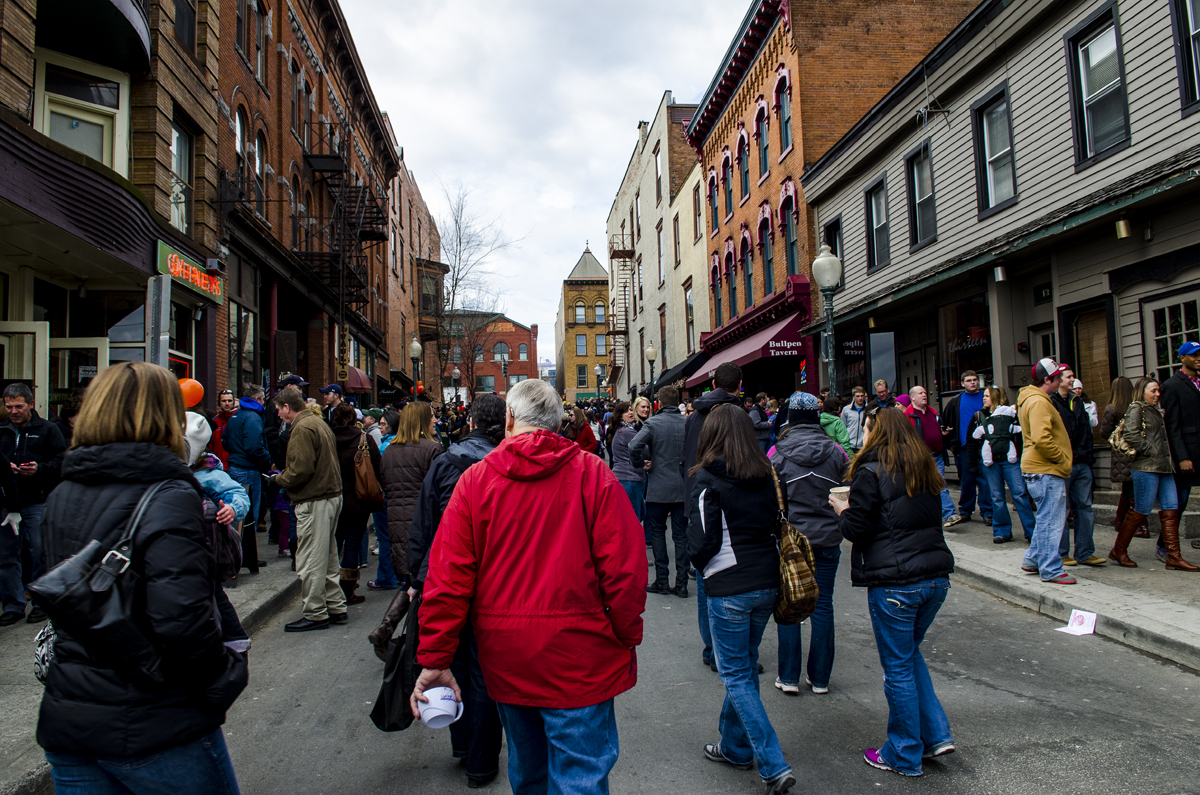 The streets (like Caroline) that were blocked off to traffic were packed with Chowder-heads. 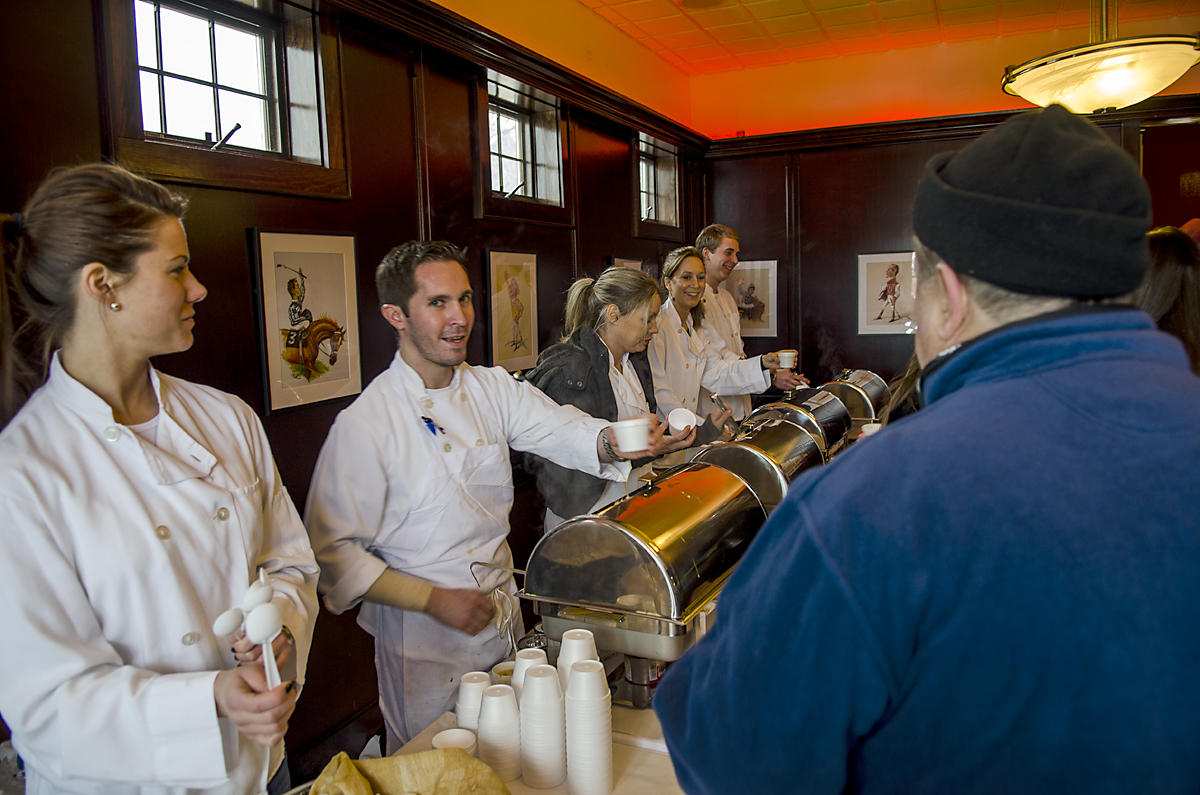 Some restaurants like Sperry’s had an assembly line going. And for the record this was my favorite chowder of the day! Yummy! 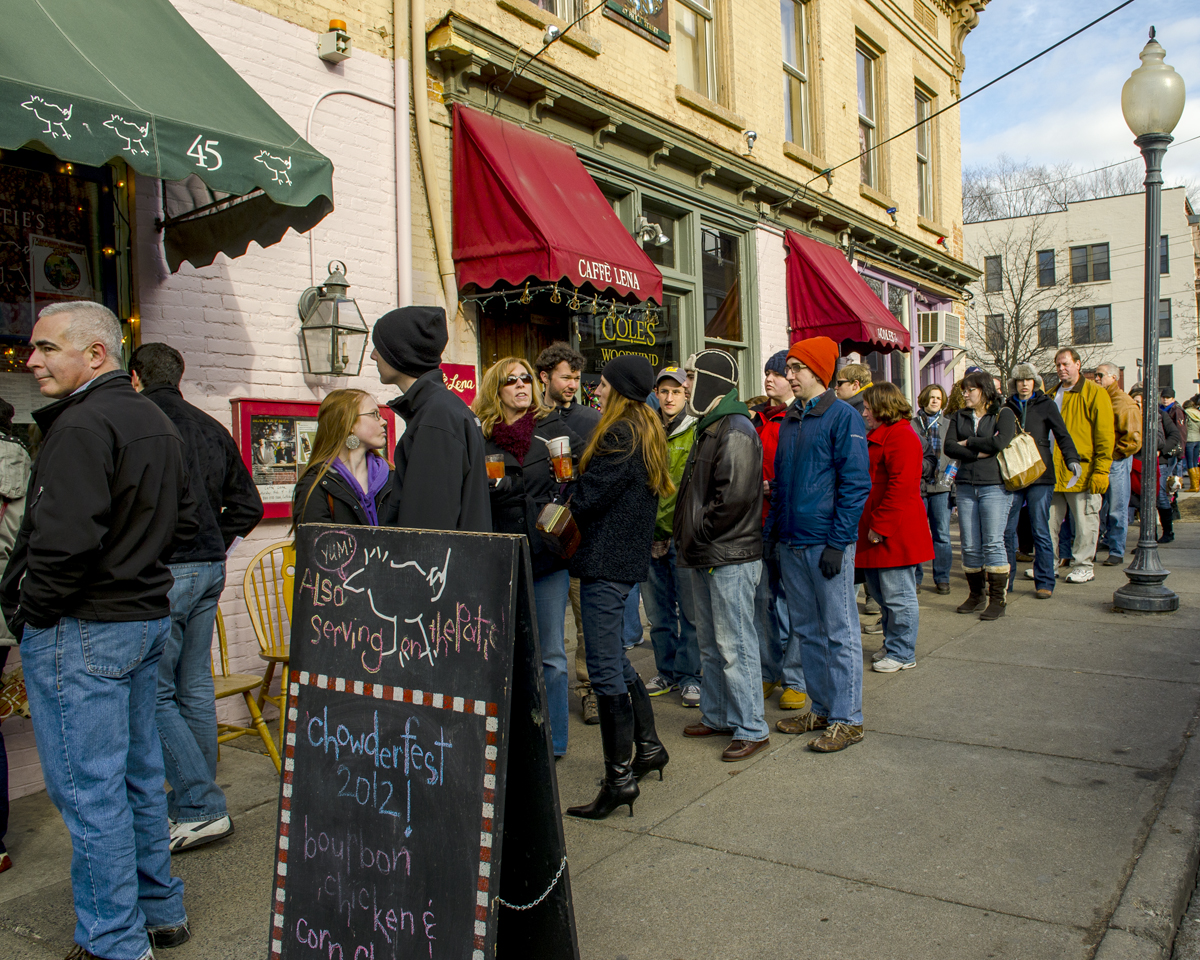 Hattie’s also had a line that went way down the street. But this type of line was the norm on Saturday. 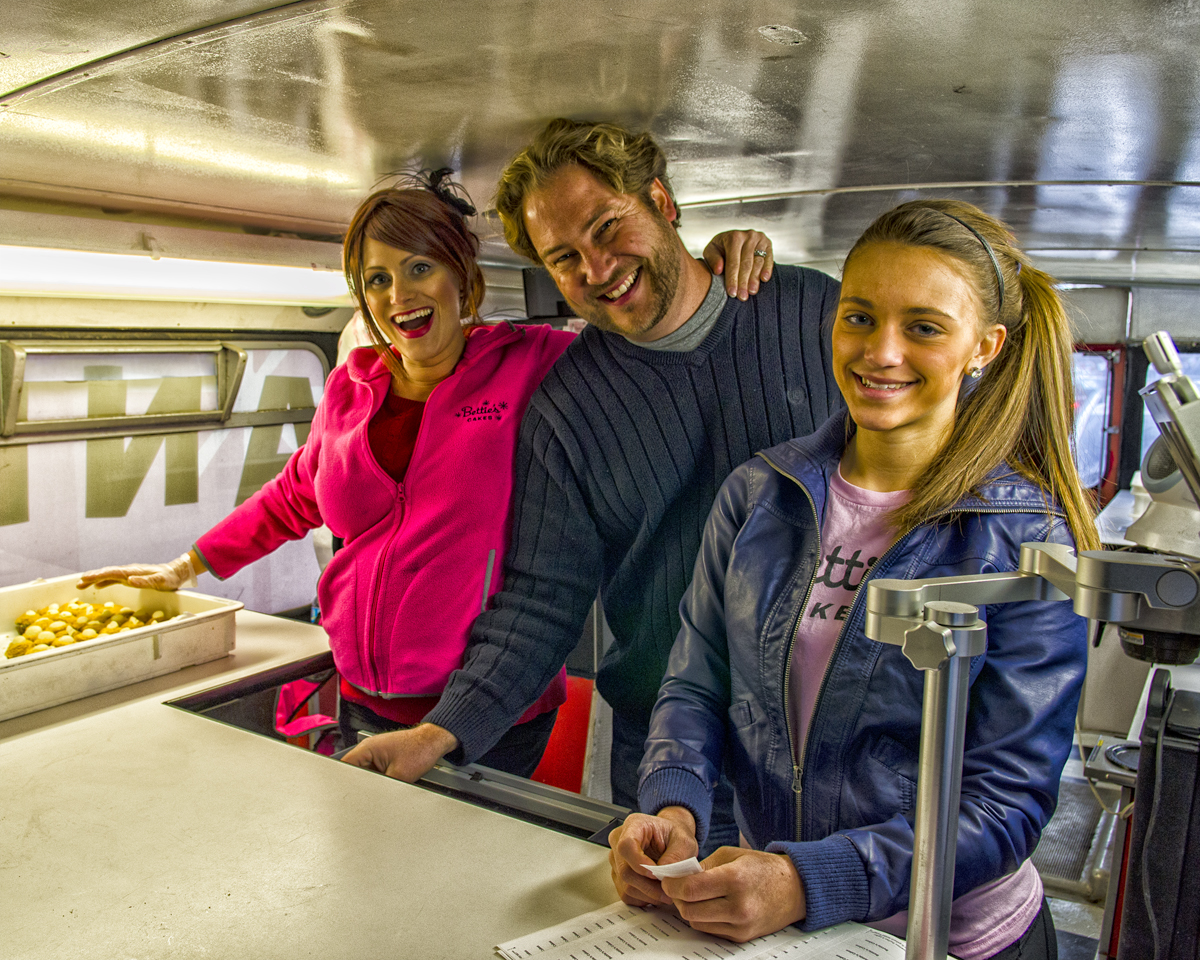 There were even a few places to get Desert Chowder. This is the crew from Bettie’s (aka the bright pink cupcake doubledecker bus). 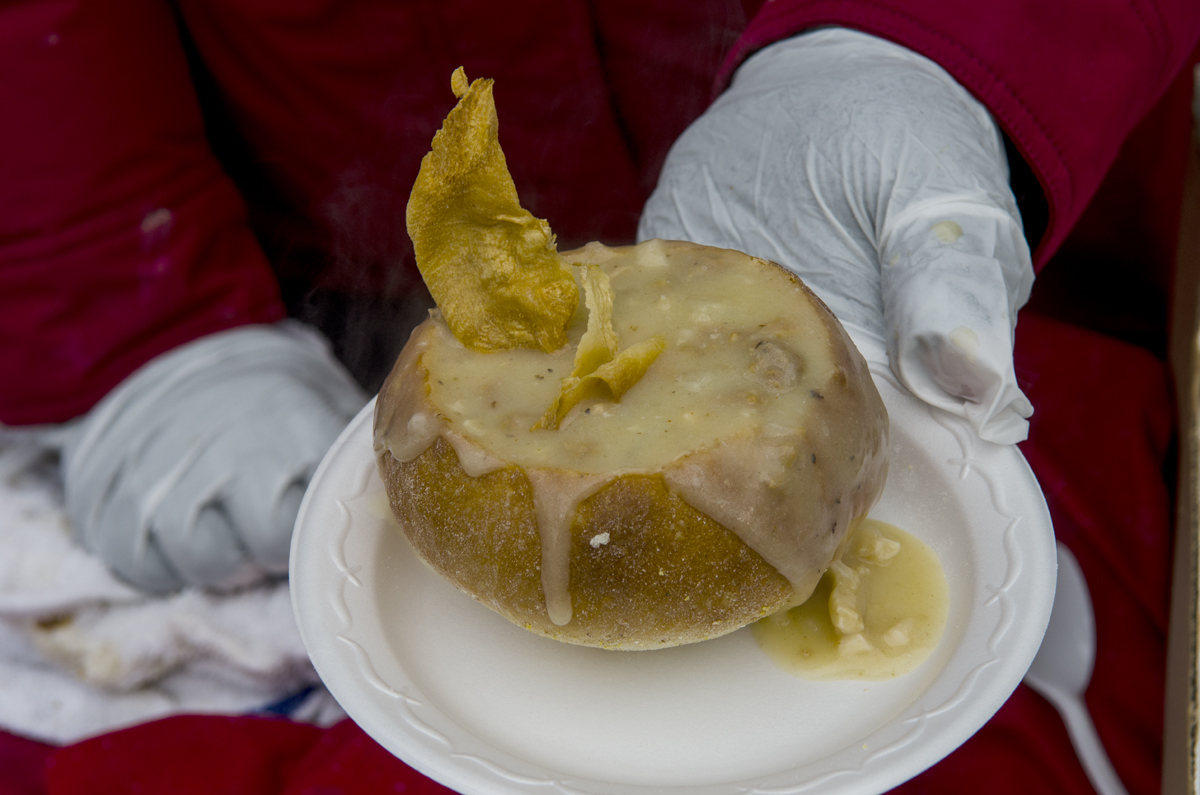 And for those that didn’t attend the Chowderfest. I know a picture is usually worth a thousand words but this one tells you at least three – “you missed out”.