Learn about Saratoga art and history at a great price!

The Saratoga County Chamber provides a "Saratoga Museum Pass", which offers visitors buy one, get one free admission to seven Saratoga area museums listed below.

NOTE: We do not know yet if the pass will be offered again in 2020, and will update this page with any new information once it is received from the Saratoga County Chamber of Commerce.

Getting the pass is easy! You can print the pass on your own computer or visit the Saratoga County Chamber of Commerce visitor information booth or the Saratoga Springs Visitor Center to pick one up. Bring the pass with you to any participating museum to secure your discount! 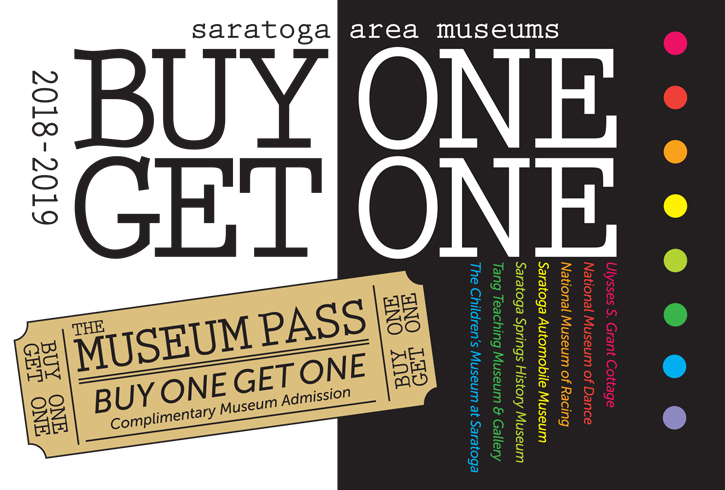 The Saratoga Museum Pass can be used at any of the following Museums:

The Museum Pass is valid through April 30, 2019 and cannot be combined with any other offers.

In addition to these paid admission museums, you can visit the Brookside Museum, New York State Military Museum, and Saratoga National Historical Park for free!