Why 4-H & Animals Are Integral to Fairs

Sponsored by the Saratoga County Fair

When you think of fairs, your first thought might be the sweet & savory foods, thrilling rides, or even the games of chance. However, did you know that animal exhibits have been and remain an integral part of fairs since the 18th century in the United States?

In fact, some of the most prominent animal exhibits today are those presented by members of 4-H, the nation’s largest youth development organization. 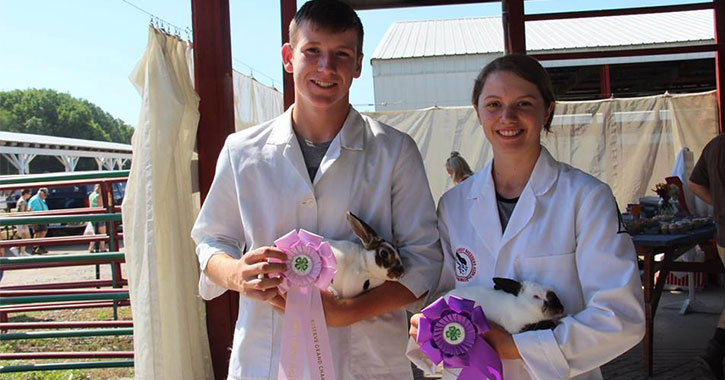 It’s More Than Just an Organization, It’s a Community

Head, Heart, Hands, and Health - these are the four values that 4-H members live by. Formed back in 1902, 4-H is a community of over 100 public universities that strives to help kids and teens acquire leadership skills that will last a lifetime.

Best described as the youth development organization of our country’s Cooperative Extension System and the U.S. Department of Agriculture (USDA), 4-H offers a variety of projects and experiences in which young people learn by doing. This fun, hands-on approach to subjects such as health, science, and agriculture allows participants to experiment, innovate, and think independently.

According to Cornell Cooperative Extension of Saratoga County, studies have shown that youth who have been involved in 4-H perform better in school, become motivated to assist others, try new things, and build lasting friendships with fellow members.

But how did this organization come about? The seeds for 4-H were planted over a century ago, and it has continued to grow year after year in the U.S. and around the world. 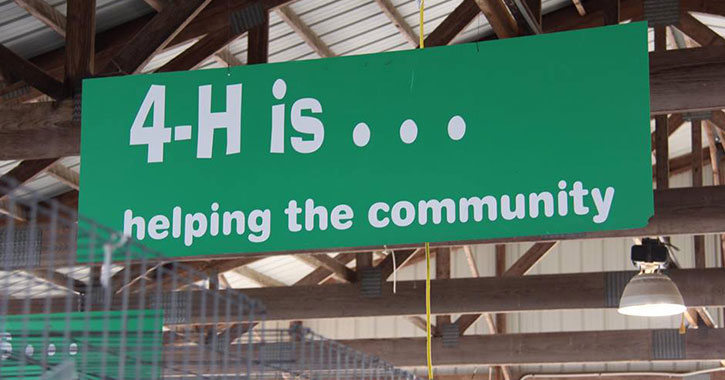 Starting in the late 1800s, U.S. researchers realized that the older generation of farmers wasn't very receptive to new agricultural developments from university campuses. Their solution? Pass the knowledge on to young people, who would then adopt these new ideas, put them into action, and share them with adults and the local community.

One of the earliest was made in 1902 by A.B. Graham, an agriculture extension pioneer at Ohio State University. His youth club program in Clark County, Ohio, was named “The Tomato Club,” and it’s viewed as the earliest form of 4-H.

By 1914, the 4-H initiative was nationalized and made into a USDA-supported organization. Ten years later, their clover emblem was adopted, and official 4-H clubs were created.

Fast forward to the 21st century, and 4-H now serves kids and teens in every state across the country. The organization empowers nearly six million members through out-of-school programming, in-school enrichment programs, clubs, camps, and more. From raising farm animals to studying the arts, 4-H projects are engaging and excellent learning experiences for participants.

From Farm to Fair: A Spotlight on Agriculture 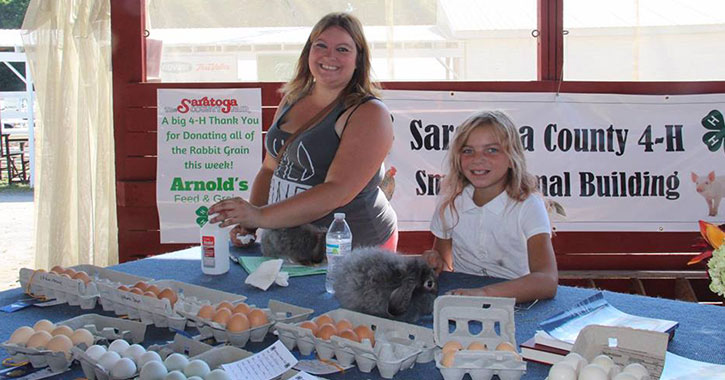 At county and state fairs in the U.S., such as the annual Saratoga County Fair, you’ll typically see a wide range of animal/livestock exhibits that both entertain and educate attendees. Most likely, these are presented by 4-H members who are ready to show what they’ve learned.

Fairs existed long before 4-H, but after the organization was established in the early 1900s, their animal-centric projects were a natural fit at these regional events.

Originally, fairs in the 18th century U.S. focused on highlighting agriculture and religion in local communities. Although they eventually became more secular and featured varied forms of entertainment, agriculture and education continued to be major elements. That is where 4-H’s involvement at fairs began. 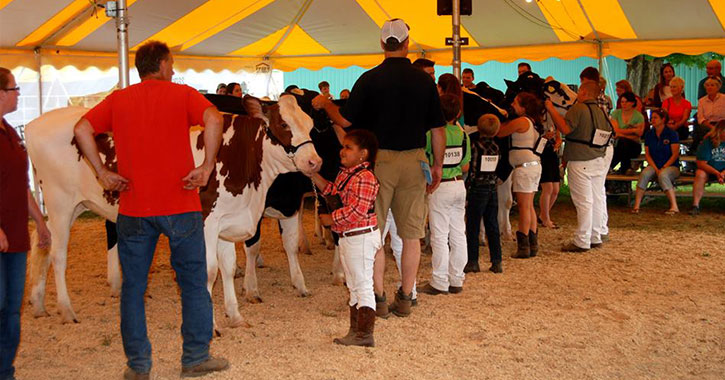 The early 4-H members who participated in animal projects were encouraged to demonstrate their skills in front of fair audiences. Not only was this a way to spread agricultural knowledge to others, but it also allowed youths to take a leadership role at presentations and competitions.

These unique animal projects ranged from raising dairy cattle to managing horses to correcting health problems in sheep, and many of them are still offered by the organization today.

4-H members learn how to care for these animals in a supportive environment, take responsibility, and ensure they are safe and protected. Participation in a fair exhibit may be the culmination of their project. 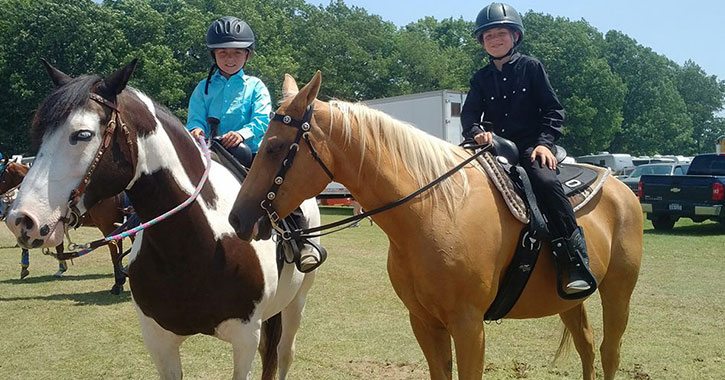 Here in Upstate NY, the Saratoga County Fair is over 150 years old and continues to entertain visitors from both near and far each summer. While the fair always features a colorful midway and exciting shows, you don’t want to miss out on the 4-H animal exhibits.

Members of the Saratoga County 4-H Program participate in the county fair at the 4-H Small Animal Building, the cattle show ring, the horse show ring, and other areas of the fairgrounds in Ballston Spa. Livestock exhibits and competitions are held throughout the week of the Saratoga County Fair, which shine a spotlight on these amazing animals and the hard work of all the 4-H members.