This article is sponsored by the Saratoga County Fair.

There is so much to do at county fairs it can be hard to choose what to do next! The Saratoga County Fair in particular really goes above and beyond the typical fair experience with unique competitions, entertainment, and much more.

We've broken down some of the top things to do at the fair by age group, so you can get an idea of what kids, tweens, teens, and adults can enjoy to make the most of your time at the fair.

Please note: The following guidelines are just suggestions - many fair activities can be enjoyed by all age groups.

Cheer for Your Favorite Pig at Rosaire's Royal Racers 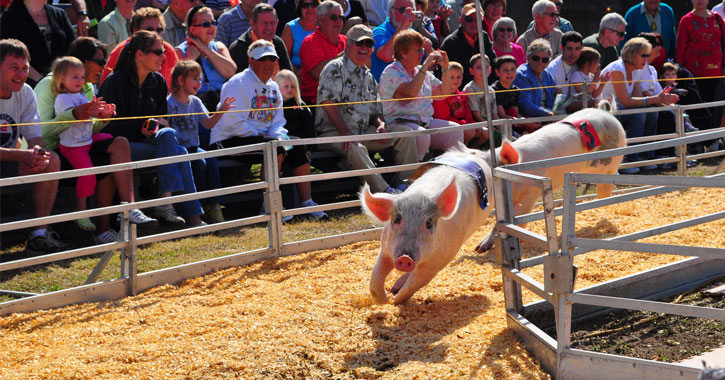 These intelligent and speedy pigs race around a 180-foot tall, all-aluminum track in about seven seconds while designated "pig rooters" cheer their chosen pig on. After watching the races, be sure to check out the animal buildings where your children can speak with 4-H members and learn more about these amazing animals, as well as the agriculture and farming as a whole.

Be Dazzled at the Magic Show 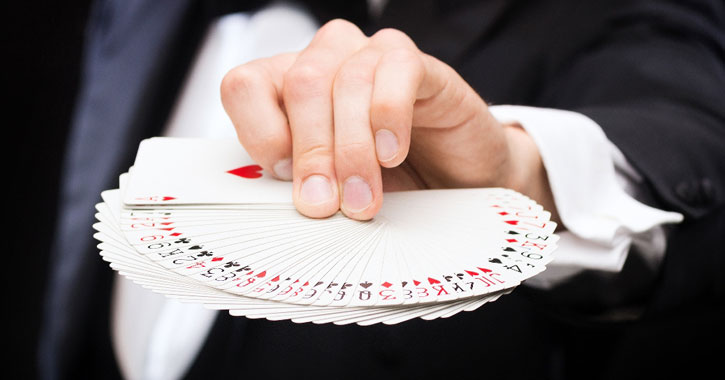 What child doesn't love a quality magic show? You will be amazed and entertained by renowned magician Lance Gifford every day of the fair on the Grandstand Meadow Stage. Gifford has been practicing magic at various venues for over 30 years, and he's asked back again and again because the crowds just love him.

For children, magic is tied to exploration, discovery, and even education. Although magic can undoubtedly be enjoyed by all ages, kids in particular love magic shows, and will especially appreciate one from such a distinguished magician. 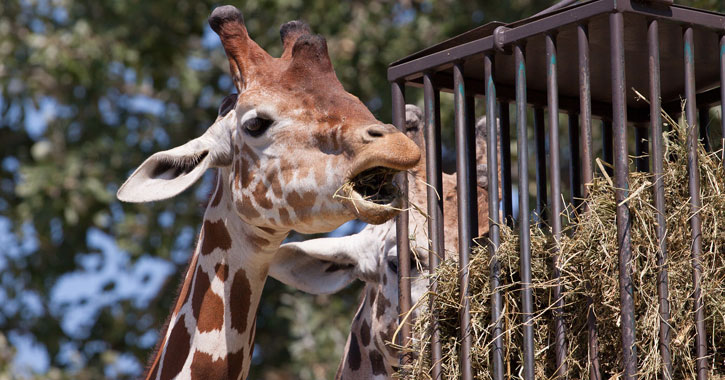 There is just something about animals that appeals to children, as many parents observe right at home with the family pet. County fairs are always full of agricultural animals, from pigs to goats to sheep to rabbits and beyond, but the Saratoga County Fair takes the animal experience up a notch by featuring Eudora Farms Traveling Exotic Zoo.

This one-of-a-kind mobile zoo displays animals from all over the world. The family behind Eudora Farms has a true passion for animals and animal education, and loves showcasing these animals for kids and families. 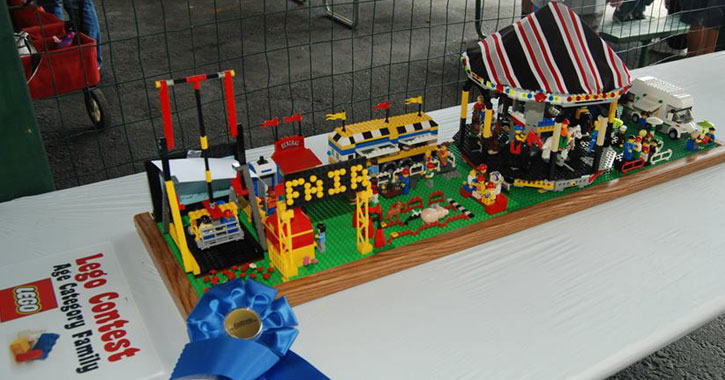 Do you have a mini Lego enthusiast at home with you? Bring your little one to the Saratoga County Fair to enter the Lego Contest, which is happening on the second day of the fair, Wednesday, July 25th. This year, the theme is "Star Wars!"

Kids will love this competition, with age groups of 4 to 6, 7 to 9, 10 to 12, 13 to 15, and Family. Download an entry form from the Fair's website and bring your Lego creation to the Trustco Talent Building between 10am and 12pm on the 25th. There is no entry fee for this competition! 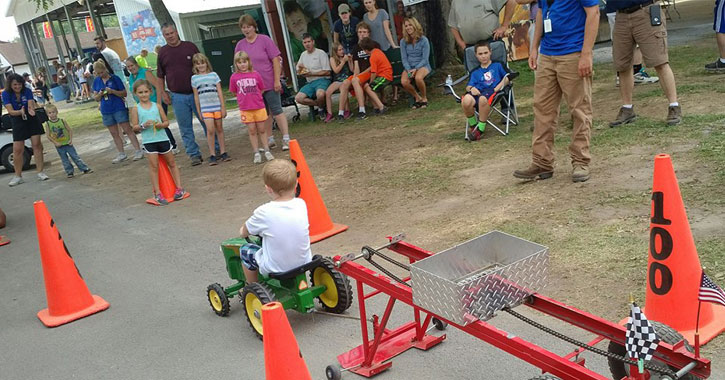 A specially designed transfer sled is provided, as well as the pedal tractors. Download the entry form from the Fair website and then get ready to see your little one in action!

Find Fun at the Fair for Tweens & Teens

Get Dizzy on the Fair Rides 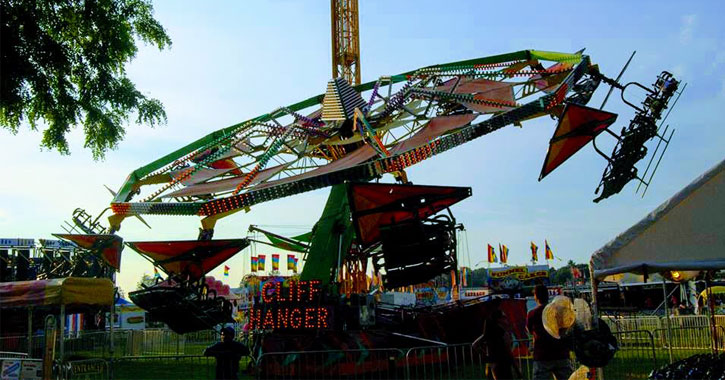 It's a major attraction for all county fairs: the rides! Fair rides are a perfect way for teenagers to have a great time, and because they're older kids, parents can often allow them to ride the rides on their own, which of course makes adolescents happy. Fair rides can provide that exciting adrenaline rush that teenagers tend to crave. The midway is open from noon to midnight. A $20 hand stamp lets you on the rides all day!

The rides at the Saratoga County Fair are operated under Amusements of America, which is a reputable carnival operator in the industry - these rides are operated by professionals! Amusements of America has several staff members certified by the National Association of Amusement Ride Safety Officials who are on-site at all times to ensure proper and safe operation. This year, fair-goers can look forward to The Pharaoh's Fury, the Giant Gondola Wheel, the Drop Tower, the Back Spin, and countless more fair ride thrills.

Feel the Excitement of the Rodeo 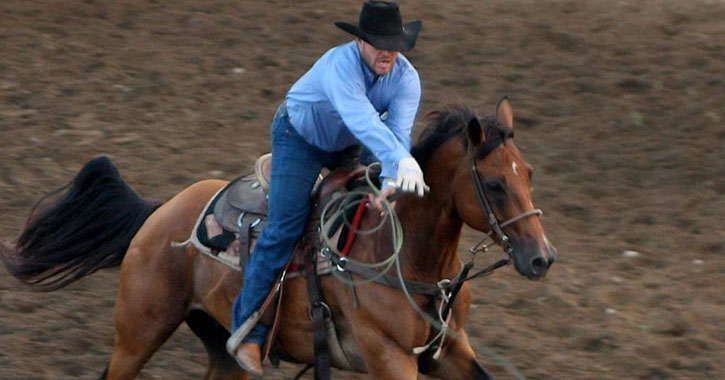 Speaking of thrills and excitement, you simply must bring your teenagers to the rodeo at the Saratoga County Fair! The rodeo at this fair is organized by Double M Rodeo, close to the Fair in Ballston Spa. Most of the contestants in the rodeo are local, with a few coming from other states. You and your teens can look forward to bull riding, barrel racing, team roping, and breakaway roping.

Tweens and teens need action in their life. They'll love the rodeo for the same reason they'll love the rides - for the undeniable thrills you can only experience in person! 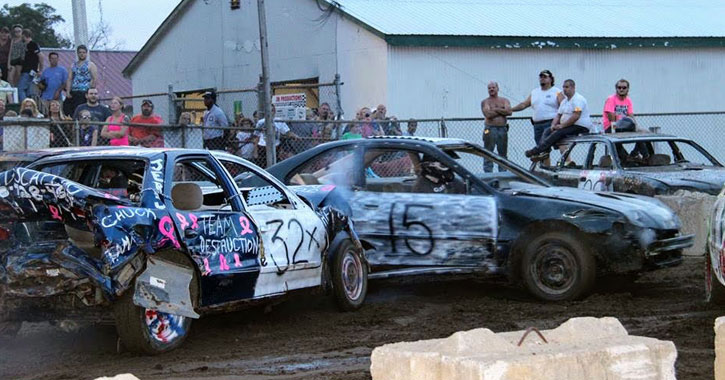 The excitement continues with the demolition derby! Fairgoers look forward to seeing cars crash into each other at high speeds each year, and none more than teenagers. Just as tweens and teens are often attracted to video games and movies with high speed cars and thrilling chases, they love watching all the action at the demolition derby.

The demolition derby at the Saratoga County Fair is brought in by JM Productions Demolition Derby, an expert in the family entertainment industry. Based out of Western New York, this company has been putting on demolition derbies for over 40 years. 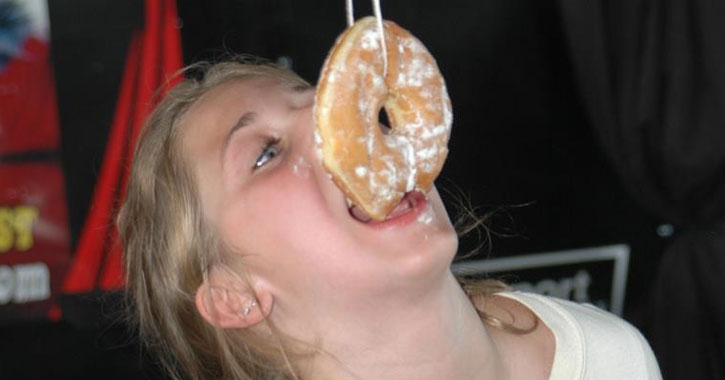 Does your teen have a sweet tooth? Consider entering the Pie Eating Contest or the Donut Eating Contest at the Saratoga County Fair! Although also open to younger age groups, older kids who tend to have huge appetites might especially appreciate this chance to scarf down food they would normally have to enjoy in moderation.

The age groups for the contests are 5 to 10, 11 to 15, and 16 and older. The Pie Eating Contest takes place Friday the 27th and Saturday the 28th at 1pm at the Grandstand Meadow; the Donut Eating Contest is on Tuesday the 24th and Thursday the 26th at 1pm in the same location.

Scarf Down Pizza at a Pizza Eating Contest 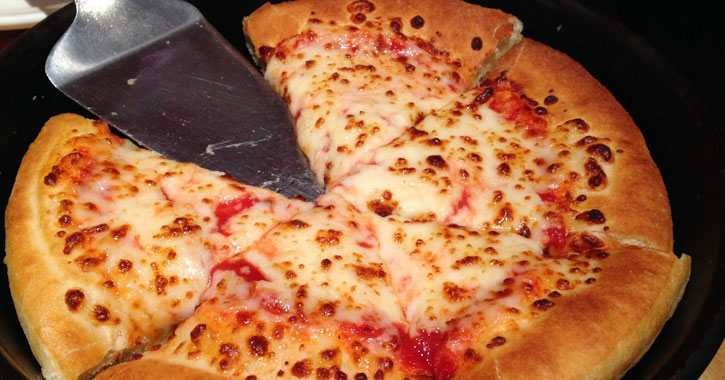 Teenagers and pizza go together like peanut butter and jelly! If your teen craves pizza more than sweets, this is the competition for them. The Pizza Contest is actually brand new at the Saratoga County Fair for 2018 and it's only open to contestants 16 and older, so if you have an older teen heading to the Fair with you this might be the contest for them. No little kids here!

You can find the Pizza Eating Contest on Sunday the 29th at 1pm and at 4pm at the Grandstand Meadow.

Enjoy the Fair to the Fullest With Activities & Entertainment for Adults

Try Out a Special Microbrew 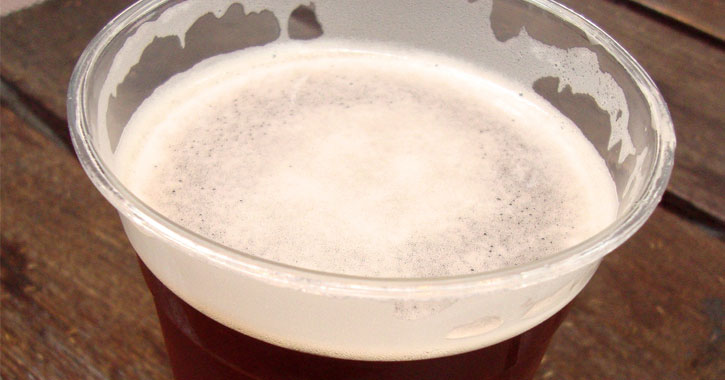 This is a really cool aspect of the Saratoga County Fair, and it's definitely adults only: a special microbrew that is brewed just minutes from the Fair and is exclusively for the Fair!

The Saratoga County Fair started this tradition of offering a special beer in 2014. This year, the beer will be provided by Artisanal Brew Works. Don't miss out on this one-of-a-kind beer that is only available to Fair patrons!

Enjoy a Hypnosis Show - Or Get Hypnotized Yourself! 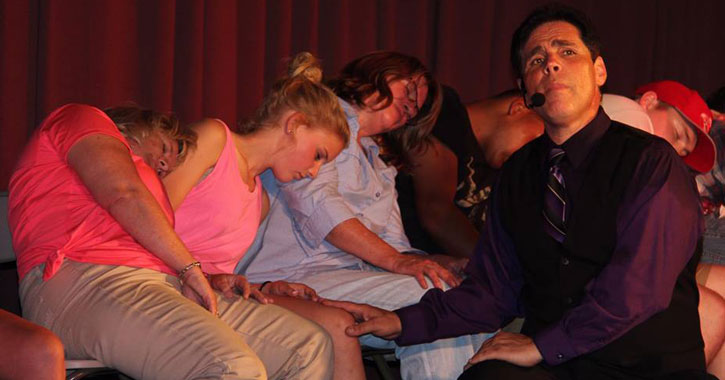 The Saratoga County Fair is known for their extraordinary entertainment, with the hypnosis show perhaps topping the list for the unique and memorable performances you'll see at the week-long event. The hypnosis show is brought to us by Lance Gifford, the same performer who will dazzle your kids with his amazing magic shows.

Just as Gifford is performing magic every day of the Fair, he's also presenting his award-winning hypnotist show every evening in the Trustco Talent Building. Although a younger crowd is welcome, if you think your kids might be frightened you can always stick to an adult group for this performance.

Check Out All the Live Music Shows 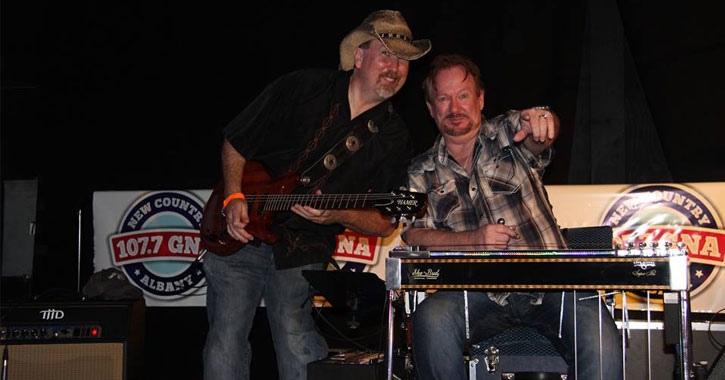 While everyone can appreciate a great live music show, sometimes adults in particular really need to unwind from the day by kicking back and enjoying some solid tunes. And, the Saratoga County Fair has some outstanding live music going on all week.

Each night of the Fair, in order from Tuesday the 24th through Sunday the 29th, you can look forward to Motion Blur, Grit & Grace, The Kyle Bourgault Band, Skeeter Creek, MaddHaus, and Floodwood. In addition, Rick Bolton & Friends will be performing Tuesday through Friday afternoons, and the Spurs USA on Saturday and Sunday afternoons.

See Incredible Carvings From Masters of the Chainsaw 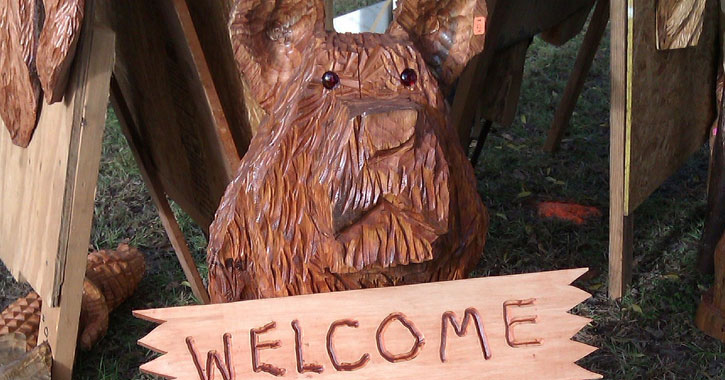 Masters of the Chainsaw Brian Ruth returns to the Saratoga County Fair each year because he's such a huge hit with fair-goers! Ruth transforms tree trunks into bears, eagles, raccoons, and other wildlife right before your eyes. Kids and teens can certainly enjoy the creations as well, but adults might really appreciate the true craftsmanship and work that goes into these sculptures.

On Saturday night of the Fair, all the chainsaw carvings that have been constructed during the week will be up for auction. So if you really love what you see, you'll have a chance to take one of those beauties home with you!

Be Wowed by World of Wonders 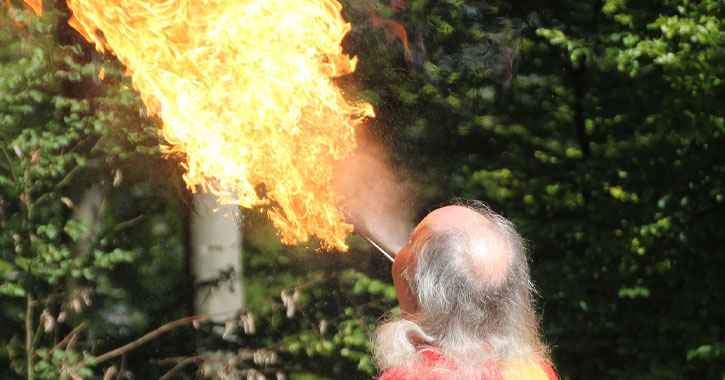 Although it's certainly open to all ages, sometimes adults need a little wonder in their life, and where better to experience something astonishing than at the Fair?