Home / Things To Do / Pokemon Go

Before Pokemon Go, if you took a walk down Broadway in Saratoga Springs, you'd see a lot of shops, restaurants, and people. Now, there is an almost overwhelming number of Pokemon, Pokestops, and Gyms all around the area.

To make your next Saratoga Pokemon Go trip easier, we've walked around and recorded the locations of the area's Pokemon hotspots. Whether you want to collect items down Broadway, catch Pokemon in Congress Park, or take on a new Raid Boss, our Pokemon Go Trainer's Guide can help.

Note: If you notice any recent updates to Saratoga's Pokestops or Gyms, !

2. Jazz Mural - Outside the Parting Glass is a Gym at the Jazz Mural. You can eat, enjoy a drink, and defend the Gym.

3. Yaddo Fountain - While you explore Yaddo's fantastic gardens, see if you are strong enough to challenge the Gym at the fountain.

4. Chistalan Sculpture at Yaddo - Only steps from the fountain is another Gym for the taking.

5. Dublin - Close to Beekman Street is a Gym located at the Dublin sign.

7. Grace Fellowship Church - Saratoga - This Gym is located on High Rock Avenue at the church.

8. Jazz Horse - At the intersection of Broadway and Church Street is a Gym right at the Jazz Horse statue.

9. US Post Office, Broadway, Saratoga Springs, NY - If you have a room at the Saratoga Arms on Broadway, then this gym is easy to battle from the comfort of your room.

12. Jones & Hitchcock Troy NY 1853 - This bell is located behind Congress Park at the corner of Park Place and Regent Street.

13. High Rock Wishing Well Fountain - This gym is the fountain in front of the Hampton Inn & Suites on High Rock Avenue.

15. Angel Over Grant - This Gym is located in Greenridge Cemetery, so be sure to play respectfully.

18. Railroad Run - This gym is located at the start of the Railroad Run Trail on West Circular Street, near the intersection with Beekman Street. 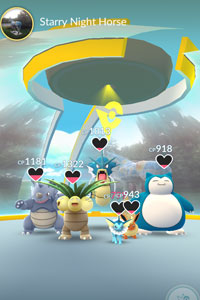 1. En Fointe Fife Statue - If you're eating at Forno Bistro, you'll be able to get this Pokestop at the north end of Broadway.

6. All Flavors Horse - At the north end of Broadway is a Pokestop near local real estate office Roohan Realty, which is across the street from the popular Saratoga City Center.

10. Marry Me! Sculpture - This Pokestop is also located at the intersection of Broadway and Gardner Lane.

11. To Honor Our Men and Women Plaque - Collect items from the plaque located at the intersection of Broadway and Caroline Street. You can spin the Pokestop picture while shopping at Northshire Bookstore or Lifestyles of Saratoga.

13. The Waltz of Flowers - Don't miss this Pokestop on Broadway! It's across the street from Impressions of Saratoga.

14. Lilly Tiptoes Through Toga - Close to Impressions of Saratoga, but across Phila Street, is a Pokestop at the Lilly Tiptoes statue.

18. BoA Sculpture (Bank of America) - If you're making your way toward Chianti Il Ristorante on Division Street, you'll likely be close enough to snag items from the Bank of America sculpture Pokestop. 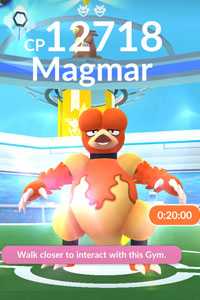 Congress Park is a major hotspot for Pokemon Go, and there are multiple Pokestops and Gyms within the park and along the outskirts. The next time you're in Saratoga, take a walk through the park, relax for a bit, and check out all of the interesting landmarks as you play Pokemon Go.

From the National Museum of Dance and Hall of Fame down to the Hall of Springs, there are multiple Gyms and Pokestops throughout Saratoga Spa State Park to check out. Be sure to head to these sites the next time you're walking through the park!

Off to the Races 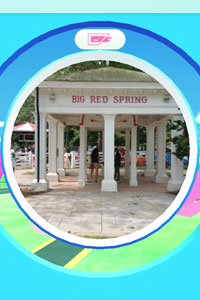 If you find yourself spending the day at Saratoga Race Course rather than downtown Saratoga Springs, don't worry, because you can still play Pokemon Go in between watching the races.

« Find More Things To Do