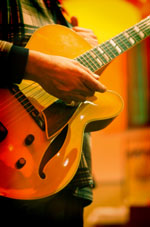 This weekend is a….recovery weekend, for most. Time to recoup from the craziness of New Years (and for those that braved Saratoga, myself included — First Night). My big plans for this weekend include…well, sleeping. I do that a lot.

But! There is still quite a bit going on. Tim Ortiz is at Saratoga Winery Friday; there’s a benefit Saturday at the Putnam Den for the Saratoga Rowing Association; Northern Lights has a Rock n Roll Fashion Show Saturday and Valentine’s in Albany has a full lineup this weekend. All this we have listed on the Capital Region Weekender…check it out.

There’s also quite a few other things going on this weekend! Don’t forget, it’s the first weekend in January, which means First Saturday here in Saratoga. So if you’re not up for a musical extravaganza, take a stroll down Broadway and through Beekman.

Or if you’re like me — have a really quiet weekend. Read a book, watch a movie, have some tea, spend time with a few (choice) friends…
Or you could also be like me, and just remember that you have a birthday party to go to this weekend…
Oops!