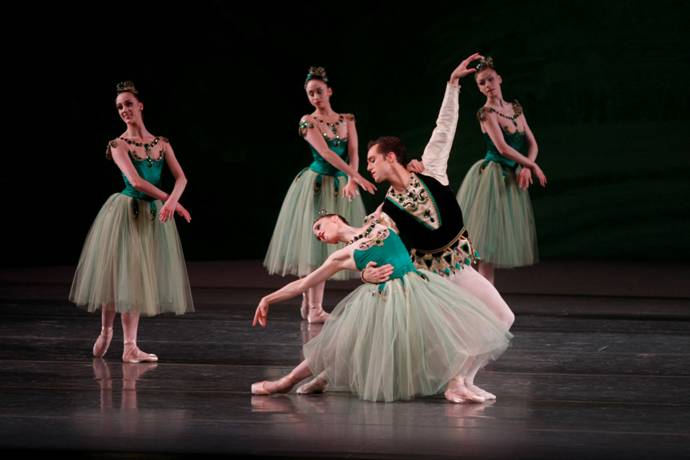 This is refreshing after the length of the season had to be reduced in recent years due to low attendance. This year saw a return to the longer, two-week season, and it’s encouraging to see the public reciprocating and supporting the NYC Ballet Season at SPAC.

“We are pleased and grateful that dance audiences turned out so strongly for New York City Ballet’s SPAC Season. The Ballet presented spectacular programming including Peter Martins’ wonderful production of The Magic Flute, landmark Balanchine works and a fabulous jazz-themed Gala program,” said Marcia J. White, SPAC’s President & Executive Director.”The level of brilliance in the company’s dancing was remarkable and has had reviewers everywhere exclaiming that the company has entered a new ‘Golden Age.'”

Not only were the performances a success, but also the pre-shows and “Gatsby” Ballet Gala were very popular. Luckily the season didn’t have to endure the week of scorching weather that followed, and patrons for the most part enjoyed the performances in comfortable conditions.

“Also contributing to the season’s success was great weather, our incredibly popular Pre-Shows and our enthusiastic and devoted dance audiences who joined us again and again during the Ballet season. They are at the heart of everything we do and achieve; we are so grateful for their support,” White added.

If you caught a performance this year by the NYC Ballet, let us know what you thought! If you are hoping to catch another stellar arts performance of the same caliber this year, check out a performance by the Philadelphia Orchestra at SPAC, now through August 13, 2011.