With the sweltering heat this past weekend, the thought of a big hat and all its shade is a welcome thought. And during “Hats off to Saratoga” this weekend at the opening of the Saratoga Racetrack, four women took a very creative turn to their bonnets.

Harking back to the tradition of wearing large wide-brimmed hats to the track, the “Hats Off” celebration during the Racetrack’s opening weekend includes a hat contest, this year celebrating its 20th birthday. 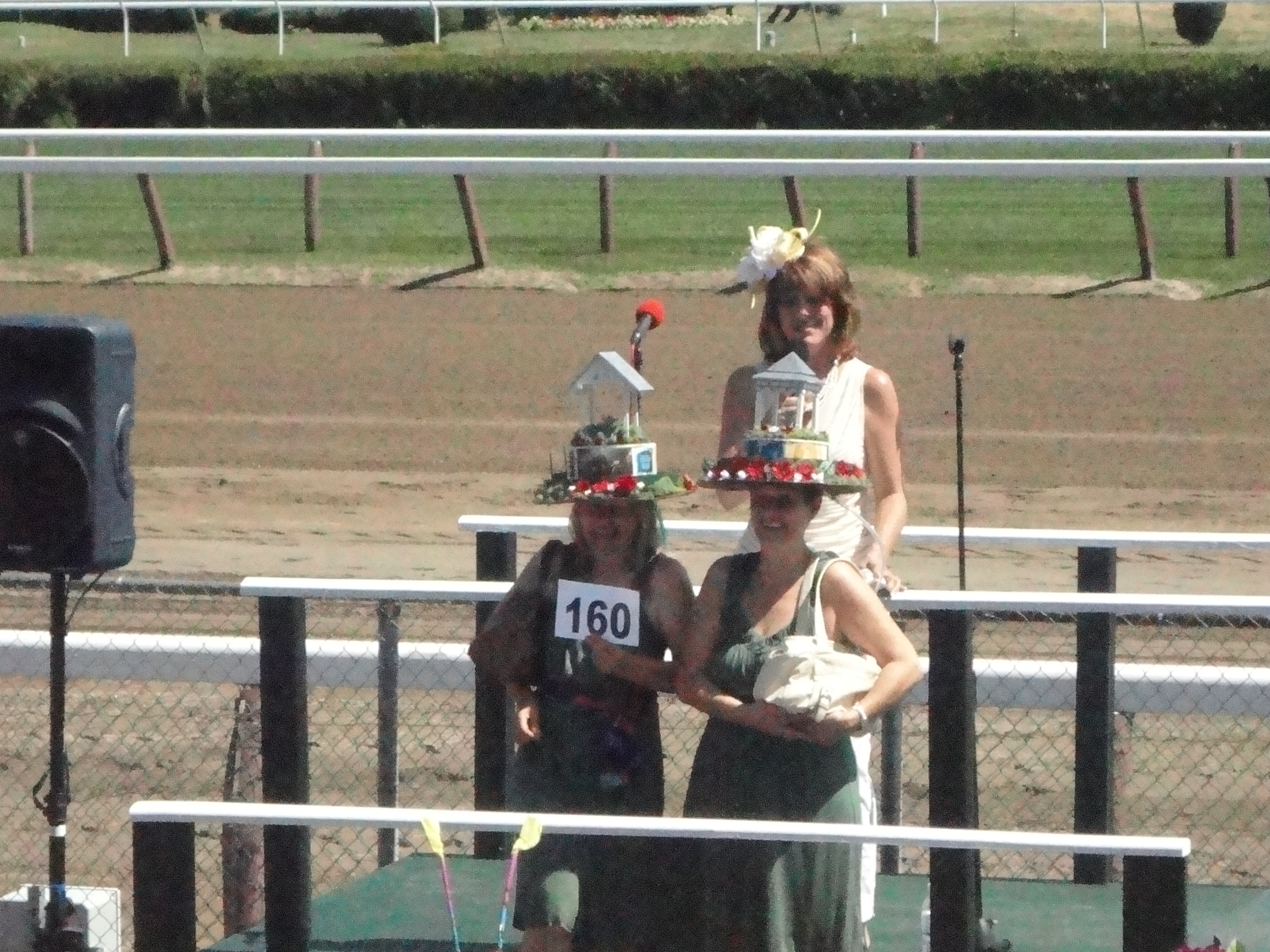 There were 175 competitors looking to win a prize in one of the contest’s three categories: Kreative Kids, for entries 18 and under, Fasionably Saratoga, for stylish track hats, and Unique Saratoga, for brazenly odd bonnets.

The last category, possibly the most famous, was won this year by childhood friends Anna Marie Mitchell and Debbie Lurie for their matching hats, complete with working water fountains.

The Kreative Kids winner was “Kute” Camryn Dunn of Latham and all of 7 years old. Her bonnet had about 10 horses in miniature, dancing around a message which read “Saratoga, the place to be.”

Kim Brooking, a Saratoga native, purchased the winning fashion creation of black and white and bold at Frivolous in Saratoga Springs.

These ladies beat the heat and proudly showed off their chapeaus as the opening races commenced at the Saratoga Racetrack.

What kinds of bonnets do you like to wear? Have you ever competed in the Hats Off Contest? Tell us your stories!