Visit Saratoga.com For Everything Saratoga
Enter Giveaways Advertise
Home  »  Community  »  A Great Distance For A Great Cause

Jeremy Edge proved that he would go to great lengths for a great cause. On June 12th he set out to walk the distance between two of New York’s most popular race tracks: Belmont Park and Saratoga Race Course. 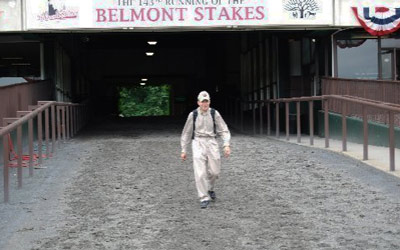 Jeremy’s trek was an effort to raise money for racing charities: Children of Anna House, The Belmont Child Care Association and the Permanently Disabled Jockey Fund.

Jeremy was not a jockey and did not come from a racing family, yet he feels so strongly about the causes he supports that he was willing to go the distance to make a difference.

Jeremy completed the 190-mile journey (1,520 furlongs, that is) in just 13 days. When he arrived at Saratoga Race Course on June 24th he was greeted by applause and a crowd waiting to cheering him on as he took the final steps of his trip.

The walk was a great success. Jeremy not only raised over $30,000 for charity, but also raised awareness for the racing charities he walked in support of. 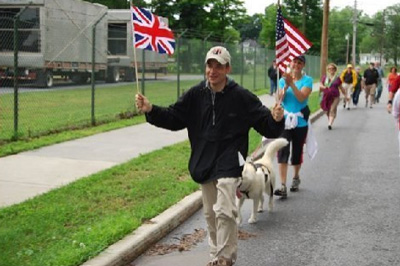 People can accomplish great feats when motivated by a worthwhile cause. What would you be willing to walk 190 miles for?