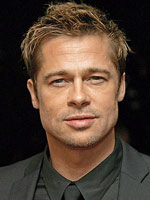 I know about a dozen girls right off hand who would do just about anything to catch a glimpse of super star Brad Pitt in person, and soon they might get their chance! We have heard from a few different sources that Brad Pitt will soon be starring in a film with Saratoga roots!

This heartthrob is going to have a leading role in a drama called ‘Twelve Years a Slave’ which is based on the true story of Solomon Northup, a free black man who lived in Saratoga during the mid-19th century but was lured down south and sold into slavery.

Northup was literate and wrote a book the year he was rescued, entitled (you guessed it),Twelve Years a Slave — telling of his 12 years in slavery. Read the full story of Solomon Northup »

Obviously Brad Pitt won’t be playing the lead role. Northup will be played by Chiwetel Ejiofor (Salt, Inside Man), and Brad Pitt will star alongside Michael Fassbender (Shame) for the other leading roles. The movie is expected to be released sometime in 2012.

The adapted story of Solomon Northup as described in the movie synopsis: 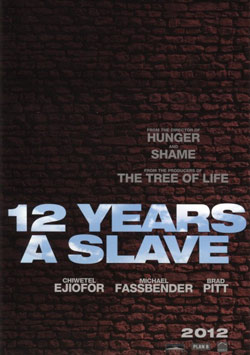 Based on a true story, 12 YEARS A SLAVE is a riveting account of a free black man kidnapped from New York and sold into brutal slavery in mid-1850s Louisiana, and the inspiring story of his desperate struggle to return home to his family.

SOLOMON NORTHUP (Chiwtel Ejiofor), an educated black man with a gift for music, lives with his wife and children in Saratoga, New York. One day, when his family is out of town, he is approached by two men claiming to be circus promoters. Solomon agrees to travel with them briefly, playing the fiddle while they perform. But after sharing a drink with the men, he awakens to find he has been drugged and bound and faces a horrifying reality: he is being shipped to the South as a slave.

No one listens to Solomon’s claim that he has papers proving his status as a free man. Despairing, he plots his escape, only to be foiled at every turn. He is sold to WILLIAM FORD, a kindly mill owner who appreciates Solomon’s thoughtful nature. But Ford is forced to sell him to a cruel master who subjects him and other slaves to unspeakable brutality. For years, Solomon nurtures his dreams of returning home. He stashes slips of stolen paper in his fiddle and develops a natural ink with which to write a letter. But when his greatest efforts come to nothing, he realizes just how trapped he is. Even if he could write the letter without being caught, where would he send it? Whom could he trust to deliver it? And will he even survive long enough to be rescued?

Refusing to abandon hope, Solomon watches helplessly as those around him succumb to violence, crushing emotional abuse and hopelessness. He realizes that he will have to take incredible risks, and depend on the most unlikely people, if he is ever to regain his freedom and be reunited with his family.

Did you know the story of Solomon Northup before this? Do you plan on seeing the movie when it comes out?