Visit Saratoga.com For Everything Saratoga
Enter Giveaways Advertise
Home  »  Fun Stuff  »  Save Even More Money On The Snow Train! 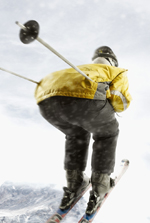 The Saratoga & North Creek Railway’s Snow Train is quite a hit so far this year. The train carries passengers from Saratoga Springs up to North Creek, dropping them off for a day of skiing at Gore Mountain before returning back to Saratoga in the afternoon.

If you ride coach, you already save $5 by buying your lift ticket through the railway, and you don’t have to drive up there in the morning, or back in the afternoon when your legs feel like rubber and your eyelids are heavy.
Want to find out how you can save even more money on your Snow Train package? Read on..

Dunkin’ Donuts is partnering up with the Snow Train and will be offering coupons for a $10 discount on coach tickets. The coupons will be available at about 100 Dunkin’ Donuts locations around the Capital Region.

The Snow Train operates on Fridays, Saturdays, and Sundays until the end of March. The train departs Saratoga Springs at 7:00am, leaves North Creek at 4:30pm, and the trip takes a little over two hours.
More Information on the Snow Train »
Have you taken advantage of the Snow Train yet? I’m planning a trip up early next weekend, and I don’t really see a good reason NOT to take the train. It’s cheaper than a lift ticket by itself!