In the midst of Wednesday’s heat wave, several of the city’s business owners and civic leaders participated in the press conference with Mayor Johnson and SPAC President Marcia White to praise the festival’s impact on Saratoga, and announce that June in Saratoga is now “Jazz Month.”

2012 marks the 35th Anniversary of the Friehofer Jazz Festival, held at SPAC each summer.  “The festival is not only a premier cultural event that brings prestige to our region, it is a high-energy kick-off to Saratoga’s summer season,” explains Cindy Hollowood, General Manager of the Holiday Inn and Chair of the NYS Hospitality & Tourism Association.

The event, which was open to the public and the press, featured live music by rising jazz musicians and brothers, Nate Giroux (tenor sax) and Tyler Giroux (trombone). There were Southern-style BBQ short ribs for tasting by the Hall of Springs restaurant, and Freihofer’s famous chocolate chip cookies to snack on in honor of the festival’s title sponsor. Stella Artois, sponsor of the lawn experience known as “the hang,” gave away etched chalices at the event.

Festival artist, Frankie Flores, unveiled the anniversary Jazz Festival design.See pictures of the design, and other happenings at this sizzling event below! 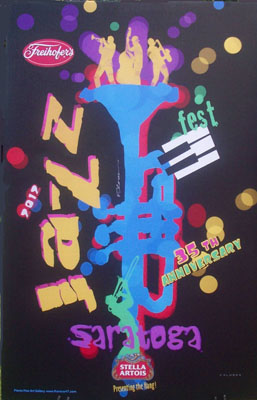 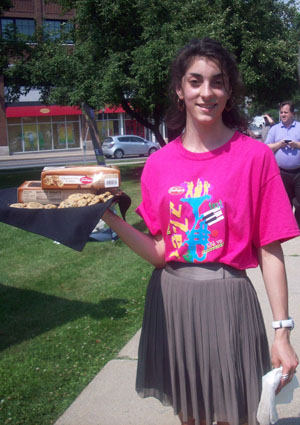 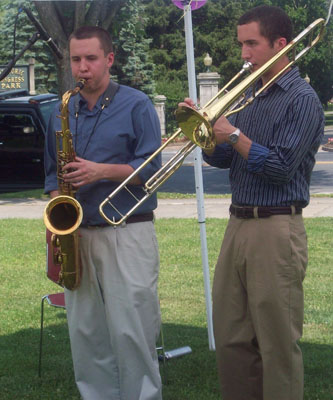 Music by the Giroux Brothers 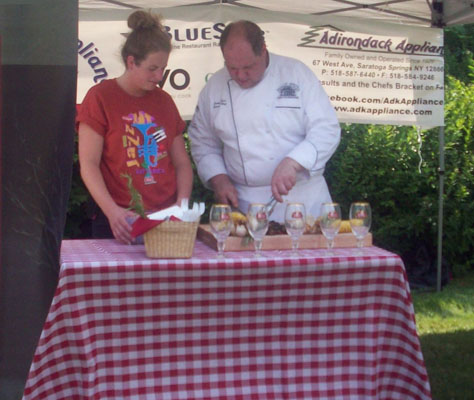 The Hall of Springs restaurant working hard on the Southern BBQ.

Will you be headed to the 35th Annual Jazz Festival? How are you celebrating Jazz Month?