Melissa O’Brien and Kris-jon Klopstock are not your average couple that enjoys taking photos every once in awhile. This couple has traveled all over the world taking some very beautiful shots, while enjoying their traveling experiences together. Melissa’s work has been recognized by National Geographic and her new work will be shown here in Saratoga. Their new exhibit is showcased at the Four Seasons Natural Foods on 33 Phila St. in Saratoga through late October. I was able to ask them some questions while they were preparing for their exhibit. 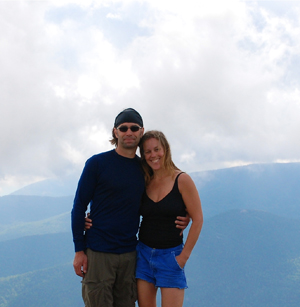