As part of the ‘Great Places in America’ program, the American Planning Association, APA, has compiled a list of ‘America’s 10 Great Streets for 2012‘ and Saratoga’s Broadway has been named among the top streets in the country!

The ‘Greatest Streets In America’ list recognizes streets that feature ‘unique and authentic characteristics that have evolved from years of thoughtful and deliberate planning.’ 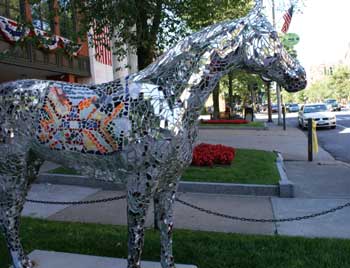 The article goes on to say that Broadway is a ‘well-utilized public space for residents and visitors alike and a popular destination for art shows, cooking competitions, and architectural tours that take place throughout the year.’

The APA also mentions annual cultural events like, Chowderfest, the Victorian Streetwalk, Saratoga ArtsFest, First Night Saratoga, the Dog-Friendly Downtown program and the Saratoga Farmers Market, as well as the 50,000 flowers planted along the street each year.

While Saratoga is no stranger to recognition — the Spa City has been receiving accolades from a wealth of notable sources for years, and a very similar recognition earlier this year — this outstanding achievement feels closer to home.

The APA takes a step further to recognize more than just Broadway itself, but also the planners, community leaders, business owners, and residents — the people that continue to make Broadway what it is today.

Do you agree? What’s your top pick for things to do on one of the top streets in America?