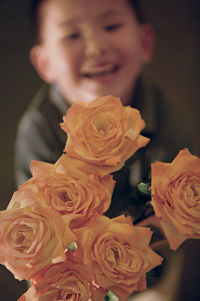 Students at Lake Avenue School and Maple Avenue Middle School will be participating in fundraising efforts as well through the Purple Pinkie Project. They will have the chance to donate $1 toward vaccinations and have their finger colored purple, which replicates the stamp used in other countries when children are immunized. Please encourage your children to participate during their lunch period at Lake Avenue School on May 22 and at Maple Avenue Middle School on May 24.

The Rotary Club of Saratoga Springs acknowledges that polio has declined rapidly since 1985, but the fight isn’t over.  While polio is a crippling and potentially fatal infectious disease, it costs as little as 60 cents to vaccinate a child for life.

“Polio has not been a problem in the United States for many years, but this is not the case in many developing countries,” said Robert Sofarelli, Chair of the Rotary International Committee for the Saratoga Springs Rotary Club.

If you are interested in supporting the Rotary Club of Saratoga Springs ‘Posies to End Polio’ you can place an order by contacting Dennis Wilson at (518)526-4630 or email.  Flowers will be available for pick up on Wednesday, June 5 from 12-3 p.m. at Longfellows Restaurant (500 Union Avenue, Saratoga Springs).