The famous Hoboken, NJ bakery, Carlo’s Bakery will provide a specially designed cake for the 150th anniversary of racing in Saratoga. As seen on TLC’s hit series, Cake Boss, Carlo’s Bakery is known for their extravagant cake designs. 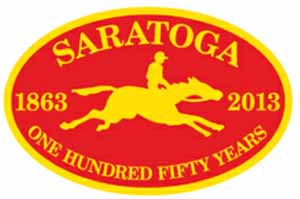 Carlo’s Bakery is a family run bakery that is known for their sweet treats and specialty cakes. It is based in Hoboken, NJ but serves customers all over the country.

Their hit television series, Cake Boss, allows viewers to enter the world of cake creations and show just how far they can push the limits of cake-baking! They are famous for their outstanding cakes and tasty pastries that have people waiting outside their bakery for hours!
The 150th anniversary is a landmark in racing in Saratoga, and it is an honor to have the “Cake Boss” be a part of it!
This also means that we may get the chance to see the cake being created on the Cake Boss show! Keep your fingers crossed!
The cake will be unveiled at the Saratoga Race Course on August 3rd. Although we do not have any clues as to what the cake might look like, based on other cakes made by Carlo’s Bakery, it is bound to be spectacular!
This official anniversary party will also be home to a Victorian-themed photo booth and a chance to place a $15,000 wager…with someone else’s money! Watch one lucky fan place the first in a series of five $15,000 win-wagers, courtesy of Marylou Whitney and John Hendrickson.
Don’t miss out on being a part of Saratoga’s biggest celebration in history!
See more Saratoga 150 celebration happenings>>
See a list of local bakeries here>>