The McCarthy family will host their 4th Annual Alex’s Lemonade Stand on Travers Eve, Friday August 23. In their continuing efforts to raise funds and awareness for the fight against kids’ cancer, Peter, Paige, Brian and Matt McCarthy have set their goal to raise $2,000 this year! 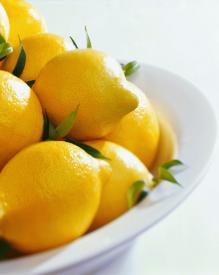 Paige McCarthy was looking for a way to give back after losing her sister, Kriss Damon, to cancer 9 years ago. The family has raised $5,600 dollars to date in conjunction with Alex’s Lemonade Stand Foundation, a national fundraising movement in memory of cancer patient Alexandra Scott (1996-2004) in Manchester, Connecticut.
The 4th Annual Alex’s Lemonade Stand will be held this Friday, August 23 at G. Willikers Toy Store at 461 Broadway in Saratoga Springs from 2 p.m. – 10 p.m.
Perfect for a Travers Eve refreshment, stop by and help out a great cause!