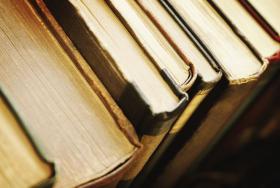 The new store will be located on 424 Broadway, taking advantage of the vibrant economy Downtown Saratoga Springs has to offer.

Northshire Bookstore is an award-winning independent business founded by Ed and Barbara Morrow in 1976. In July, A four-page petition requesting the new location from Saratoga residents was sent to the Morrow family, solidifying the business’s expansion plan. The process of opening the Saratoga Springs store has been led by the Morrow’s son, Chris Morrow.

“The walk-able downtown filled with independent businesses was also a major attraction for us. The biggest draw, however, was the people of Saratoga Springs, at every turn we have met interesting, friendly and caring people. It is a community that we are excited to join,” said Chris Morrow.

There will be a ribbon cutting ceremony at 11 a.m. August 5 and a Grand Opening Celebration on Sunday, September 29. The celebration will feature live music, a photo booth, face painting, door prizes and more!

Several author signings are also scheduled for this August, the first being Mike Kane and Allan Carter, authors of the acclaimed 150 Years of Racing in Saratoga: Little-Known Stories and Facts from America’s Most Historic Racing City.

For more information on the new store or these events, call 518-682-4200. Want to know more about Downtown Saratoga? Check out Things to Do in Saratoga Springs!