While it seems like the summer Saratoga Performing Arts Center season just wrapped up, SPAC has already announced an exciting addition to the 2014 season. Russia’s legendary Bolshoi Ballet will perform at SPAC for the summer of 2014. SPAC is one of only 3 U.S. locations to be graced with a performance by the prestigious Bolshoi company. 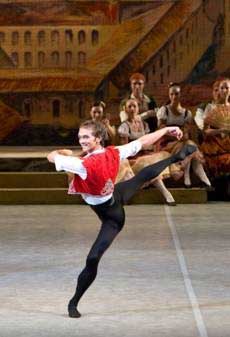 Bolshoi Ballet is among the oldest ballet companies in the world and gained international acclaim during the early 20th century. In Russian, “bolshoi” means both ‘large’ and ‘grand.’ With over 200 dancers and a prestigious reputation, the company lives up to both meanings of its name.

Bolshoi Ballet is known for colorful, energetic, and dramatic performances. With bold choreography, impressive ensembles, lavish scenery, and luxe costumes, the Bolshoi has a distinct character. Strength, athleticism, intensity, and flawless synchronization make up the beautiful artistry totally unique to Bolshoi.
Along with the massive troupe of dancers, the Bolshoi Ballet also boasts an 80 piece orchestra that will join them for the SPAC shows.
SPAC President and Executive Director Marcia K. White remarked, “We are immensely proud and excited to offer the public this rare opportunity. The Bolshoi has influenced and, in many ways, defined the art of classical ballet for more than two centuries.” She added, “The company’s presence at SPAC will be an epic event for the Capital Region community.”
Bolshoi Ballet will offer four performances of Don Quixote, a ballet based on the classic Spanish novel El ingenioso hidalgo don Quixote De la Mancha (The Ingenious Gentleman Don Quixote of la Mancha) by Miguel de Cervantes Saavedra. 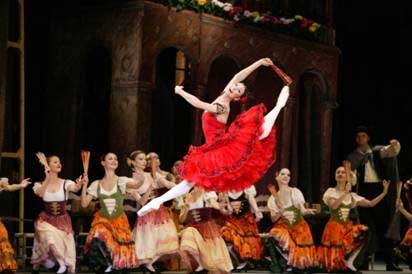 First presented by the Bolshoi Ballet, this trademark performance tells the story of an old hidalgo, Alonso Quijano, who reads too many novels about medieval knights and decides to revive chivalry, thus becoming our Don Quixote.
From one delusion to another, Don Quixote seeks his imaginary love, Dulcinea, with the help of his loyal sidekick, Sancho. The bright, comedic ballet is a champion of storytelling. Most of all, the lively choreography assures that each character has a personality profoundly understood by the audience.
Bolshoi Ballet will perform Don Quixote July 30-August 1, 2014.
The SPAC 2014 Schedule is as follows:
Join us at SPAC next summer for a rare and memorable performance. In the meantime, see local arts events that will keep you satisfied while you await the arrival of Russia’s legendary Bolshoi Ballet.

Follow Saratoga.com blog for the latest announcements in the arts, business, and all things Saratoga!