Visit Saratoga.com For Everything Saratoga
Enter Giveaways Advertise
Home  »  Community  »  The Truth Behind Oprah In Saratoga: What We Found Out

We got a hold of our friends Christel and Colin MacLean, owners of Circus Cafe and The Crown Grill to find out exactly the truth behind the ‘Oprah In Saratoga’ gossip.

It’s been reported that Oprah dined at The Crown Grill on Broadway on October 21, 2013, with two Skidmore college students who graduated from her Leadership Academy for Girls in South Africa.

All that anyone can report is a fuzzy iPhone photo and news that she ate a wedge salad. We get to the bottom of it.

“We got a phone call early in the day from Harpo Productions saying she would be in Saratoga visiting her former students,” explains owner Christel MacLean. “She was paying them a surprise weekend for them for after the parents weekend ended.”

The girls (and the town, barring owners Christel and Colin) had no idea she was coming through Broadway on a warm Monday in October.

“They had to call us back with time and when they did they asked to use our private dining space for the reservation.”

The dinner was set for 7:30pm in the intimate private dining room designed to look like a warm library you may find in Ralph Lauren’s home complete with paddock stable scenes hand painted on the walls. 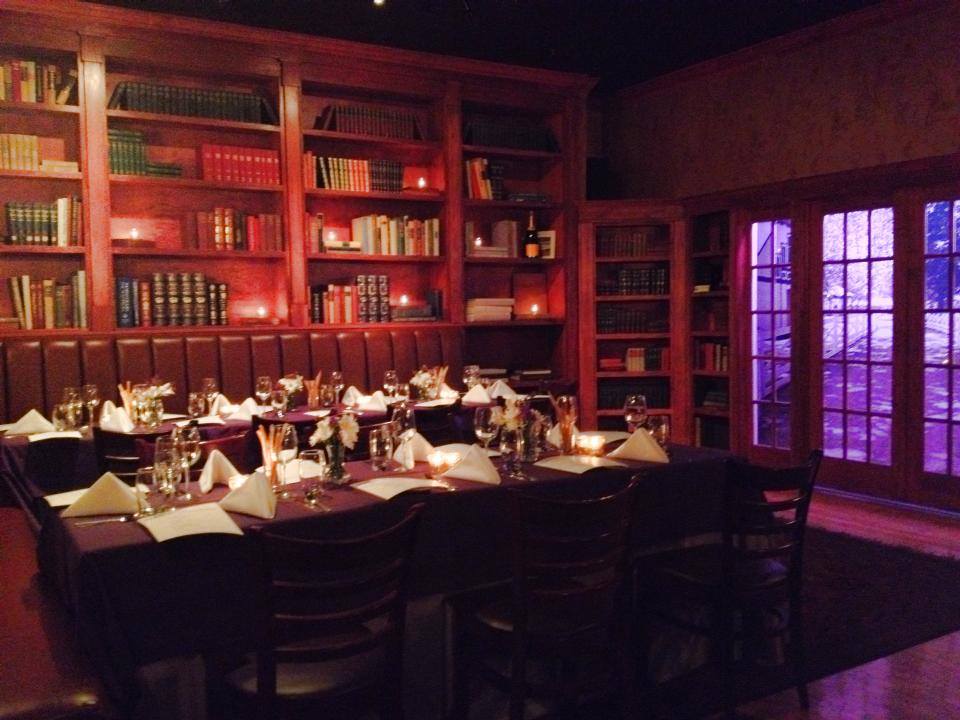 Christel reiterated throughout our conversation how focused and dedicated Oprah was on the girls.

“She was really nurturing with them and just craving to have a real conversation with them. So she was very grateful for privacy the library room afforded them,” explained Christel.

WHAT DID SHE EAT?
They had eaten a late lunch but ordered the $32 grilled 8-ounce black Angus filets and the $8 Blue Cheese Wedge with iceberg lettuce, blue cheese and crisp bacon. It was a simple, classic Crown Grill meal that won the owners the famous Oprah smile when she left. 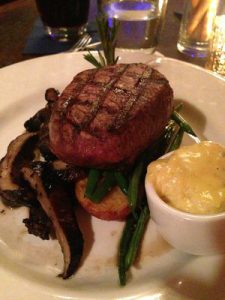 WHY CROWN GRILL?
Christel got an advanced call from Skidmore first because of the MacLean’s connection with the Leadership Academy. The MacLeans had done an event for the Academy two years ago when the school came to Skidmore and The Crown Grill hosted more than 40 girls with an over-the-top event and dessert buffet. (Perhaps a deciding factor for the two co-eds who eventually chose the school?)

WAS THERE SPECIAL ATTENTION GIVEN?

From 11am on Monday the Crown Grill knew who was coming.

“A lot of celebrities come into this town, and we’ve taken care of many of them like Jack Johnson, Bernie Williams,” lists Christel. “Everyone here is always really professional.”

The Grill didn’t hire a special chef to make the salad; they didn’t even add extra pieces of bacon. They treat every guest the same way and always strive to a degree of food excellence, so celebrity diners are no different for them.

“At that level of celebrity, all they really want is to be treated discreetly,” says Christel.

IS THE PHOTO REAL?
As for the photo going around online, well that is Oprah leaving The Crown Grill. Christel confirmed her outfit during the dinner she had at the establishment.