Saratoga Springs has been amiss this summer without a large local movie theater. Movie lovers can now take solace in knowing that TWO theaters are opening THIS MONTH. Both belonging to the Bow Tie Cinemas group, the theaters in Saratoga and Wilton will feature incredible luxury amenities and viewing experiences.

The Saratoga cinema, located downtown at 19 Railroad Place at the corner of Church Street, will open on Friday, October 18. The theater has 10 luxury auditoriums as well as one large-format “Bow-Tie Xtreme®” auditorium. This massive hall features 2,000 foot screen and enhanced Dolby Digital surround sound. 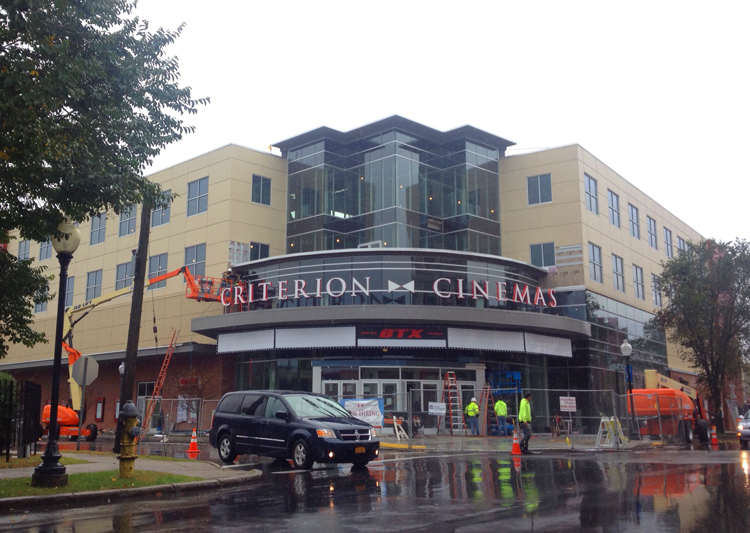 All the theaters at the Saratoga location boast an incredible viewing experience, featuring wall-to-wall screens, 3D capability, and Dolby Digital surround sound.
The cinemas also offer viewers sophisticated amenities. With luxury leather rocking chairs, stadium seating, fresh snacks, and a beer and wine cafe, this theater pampers all your senses.
The Saratoga cinemas will present many special presentations, like opera and ballet concerts and regular special events. Saturday and Sunday mornings will be host to the Movies & Mimosas® Classic Film Series while Friday and Saturday nights will present cult-classic films shown late at night during Insomnia Theater®. 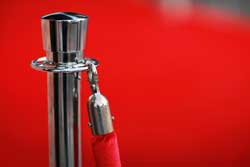 The Saratoga Bow Tie Cinema theater will host a red carpet fundraiser on October 17th, one day prior to its public opening. The fundraiser will benefit the Saratoga Hospital Foundation and features a cocktail party, private movie showing, and delicious food donated by eight area restaurants.
Tickets are $75 and can be purchased through Saratoga Hospital Foundation spokesperson Cathy Boden at 518-583-8779.

Members of the Criterion Club® get exclusive loyalty rewards with each purchase. Club members will receive weekly e-mail announcements regarding showtimes, invitations to members-only events, and discounted tickets for certain events. They also earn points that offer different levels of rewards.

Sunday through Thursday, get $7 movie tickets at participating DZ Restaurants! Head to Chianti, Forno Bistro, or Boca Bistro in downtown Saratoga to get your $7 movie ticket with your purchase of food or beverage. Special restrictions apply.

So, will we see you at the Cinemas this fall? Perhaps you’ll be sipping a mimosa watching Clark Gable on the big screen or maybe you’ll be decked out for a cult showing of your favorite movie? Let us know – we’ll see you there!
Make it a date! Find local restaurants for dinner and great late night events to attend after the show! Be sure to follow the Saratoga.com blog for more business openings and fun things to do!