Visit Saratoga.com For Everything Saratoga
Enter Giveaways Advertise
Home  »  Business  »  To Gamble Or Not To Gamble?

To gamble or not to gamble, that is the question. Though Governor Cuomo has approved the plans to build Las Vegas style casinos in New York State, many Saratoga residents are resisting the law. The debate continues as protesters plan to hold a meeting on the casino project this November 18th. 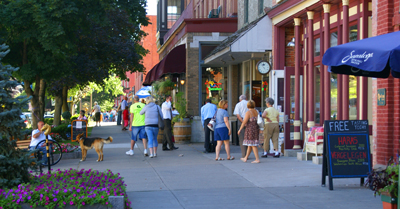 On November 5, voters in Saratoga, Albany, Schenectady, Rensselaer, Warren, and Washington counties rejected the referendum to allow 7 Las Vegas style casinos in New York, but the plan prevailed overall in the state.

Saratoga County leaders cancelled their vote to endorse the casino project due to a growing campaign in opposition of the law and an online petition. One group of organizers, the Saratogians Against Vegas-Style Expansion (SAVE Saratoga) has been particularly vocal in the debate.
The SAVE Saratoga group will hold a meeting from 7 pm to 9 pm this Monday, Nov. 18, at the Saratoga City Council Room at 474 Broadway. Members of the group believe that Saratoga has a delicate balance between the historical downtown area and the tourist attractions that draw visitors over the summer track season. 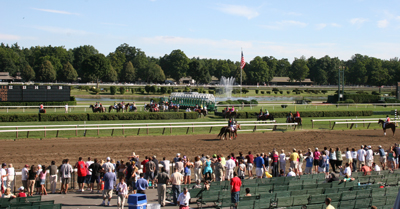 Many Saratoga residents fear that a large Vegas style casino would draw visitors away from both the historic Saratoga Race Course and the downtown area. Because most downtown stores and restaurants depend on the 6 week track season to sustain their businesses through the year, any large blow during the summer season could affect the downtown economy greatly.
Nevertheless, the New York legislature and Governor Cuomo phrased the law so that local communities cannot veto it, which has become common in states like Massachusetts. The law does, however, include a statement that any new venue should gain the support of its community.

Some downtown business owners and residents don’t fear the casino, saying that Saratoga could get another economic boost from visitors. The 2013 summer season brought in record breaking revenues to Saratoga, ensuring that the city has become a hotspot for tourists. Many residents believe that a large casino would bring in more visitors than it would take away, strengthening Saratoga’s place as a cornerstone upstate destination. 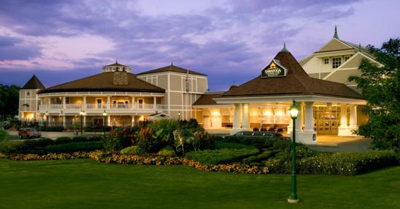 Secretary of the Saratoga Casino and Raceway, Jim Featherstonhaugh, indicated that 600 long-term jobs would be created by a new casino in Saratoga county, not including the large number of construction jobs that would serve the building project. He also emphasized that the goal of the project is to create a destination resort, which would depend on more than a casino to draw in visitors.
If the project brought in as much revenue to the Capital Region as has been promised, it could greatly lower property taxes, fund schools, and help support the government in providing critical services. It would also establish programs to prevent problem gambling and protect people suffering from gambling addiction.
The locations for the construction of the Las Vegas style casino projects in New York have not yet been decided, so it’s time for supporters and resistors to voice their opinions and join the community in making this historical decision. Let us know how you feel by commenting below!
Follow the Saratoga.com blog for updates as the Saratoga makes progress in the casino debate. As always, keep supporting your local businesses and communities!