A few months back, in Wilton Mall, The Comic Depot packed up 3500 square feet of thousands of back-issued comics, boxes of graphic novels, manga, paperback books and comic supplies, piles of action figures, busts, posters and Japanese snacks, and thousands of MTG singles and binders full of YuGiOh singles, and moved to their dream location on Broadway in downtown Saratoga Springs. 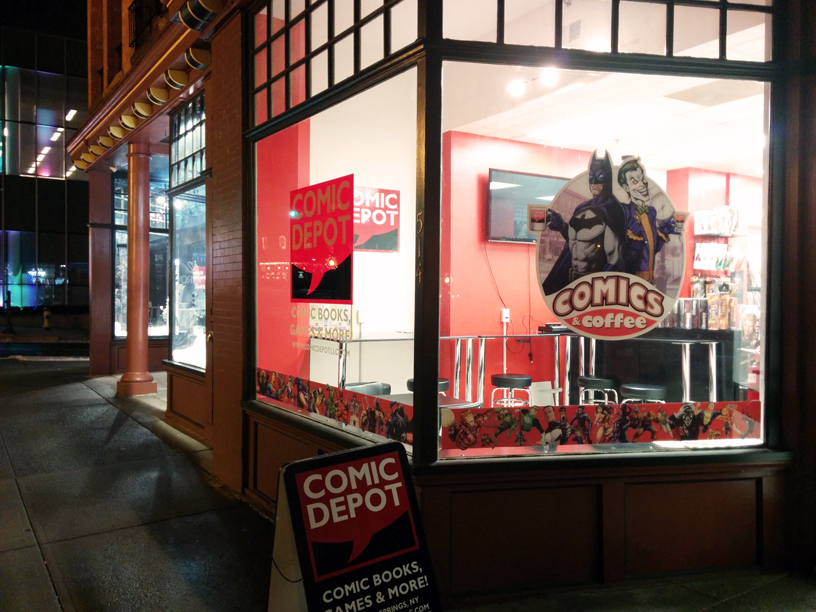 On November 15, 2013, Comic Depot cut the ribbon to their new Saratoga Springs location.

“Our goal has always been to be in downtown Saratoga,” says Kristi Carrara, one of the owners of Comic Depot. “There are so many awesome events that we are able to participate in here.” 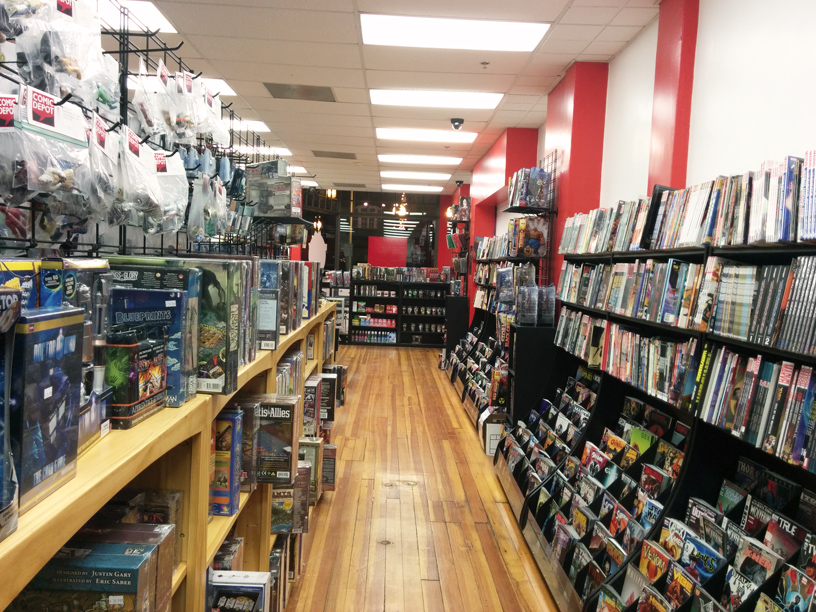 Owners Darren and Kristi Carrara decorated and designed the new location on their own and filled it with the amazing inventory Comic Depot is known for, which isn’t close to just comic books. The Depot sells collectible card games (like Magic the Gathering, YuGiOh and Pokemon), new and vintage toys, figurines, board games and they even have their own coffee they serve and sell in-store: Hero’s Blend and Villain’s Brew. They of course also sell all types of comics and graphic novels—old and new, common and hard-to-find ones. 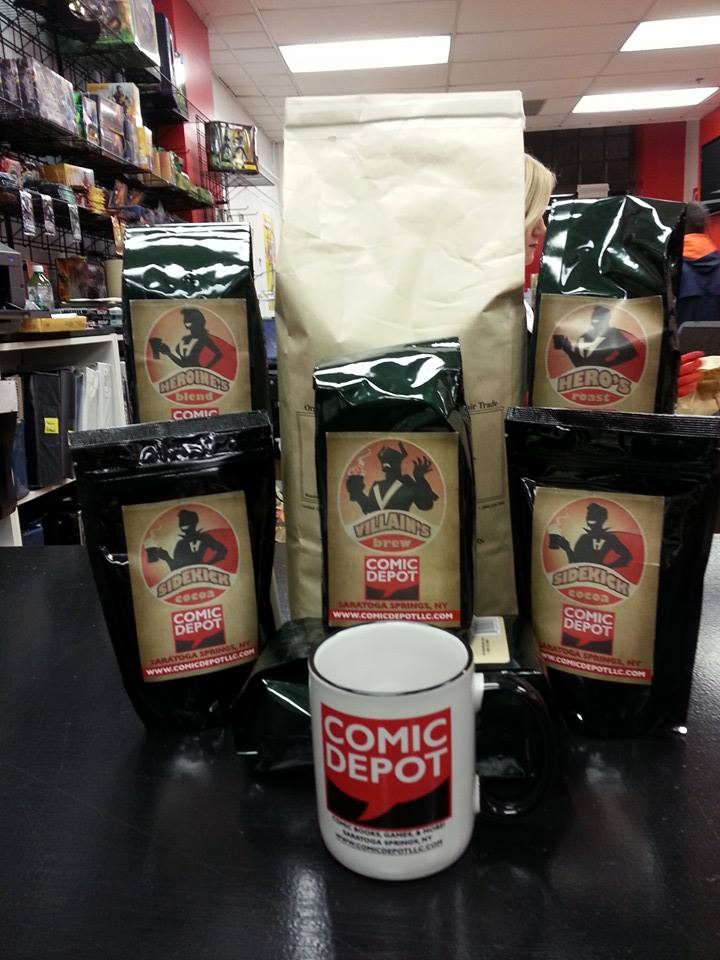 “We pride ourselves in being more than just a store,” says Kristi of the Mecca of fun inside. “We are a community where people can come in and geek out, whether it be about comics, games or other collectibles. Everyone is welcome!”

And everyone, from regulars who knew the Wilton Mall location like the back of their hand to newcomers who are just discovering the 514 Broadway store after strolling downtown, has been coming in.

“The reception has been amazing,” says Kristi. “The downtown business community has been very welcoming.” 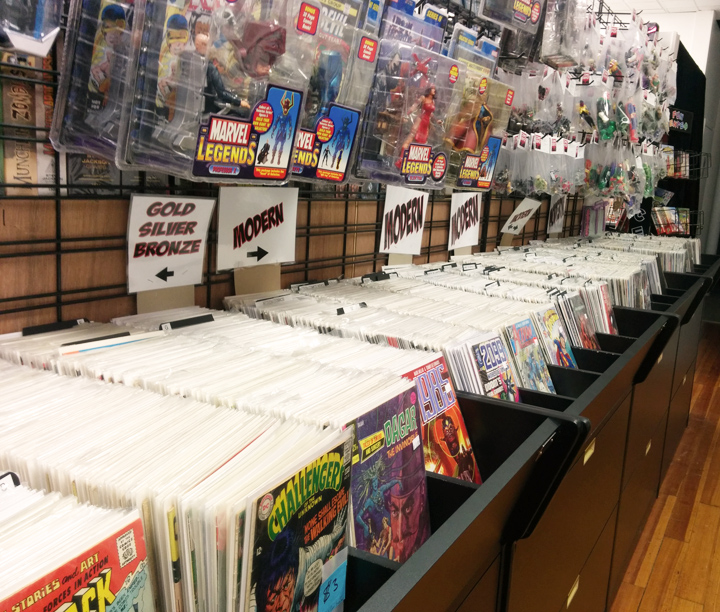 Comic Depot holds weekly tournaments Magic the Gathering, YuGiOh and Dungeons and Dragons, and they’ve just started Friday night board game night making the location a huge social scene for their fans. Comic Depot participates in the yearly “Free Comic Book Day” and have their own annual “Depot Day” where they often have comic writers and authors doing autographs, games, special sales and even costumed heroes (and heroines) roaming the store.

And the Carrara’s also make sure they give back just as much as their customers and fans give to them. Comic Depot works with some local charities including the Franklin Community Center where they bring donated costumes during Halloween. There’s also a box in the store where people can donate comics to the troops.

Stop by anytime during the week to see what fun finds you can discover at 514 Broadway! 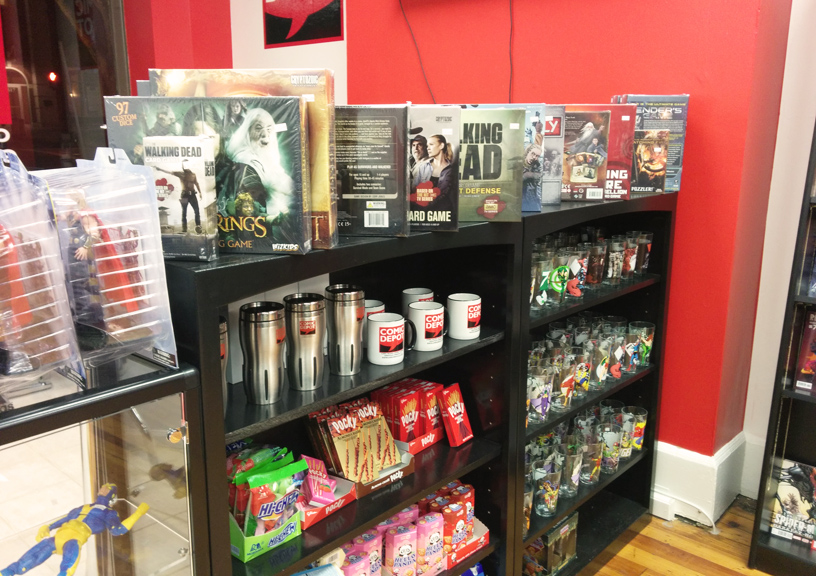