In the spirit of “Bringing People Together,” the 30th Anniversary of the Saratoga City Center celebrates the turning point of the Revolutionary War with a massive 4′ by 6′ bronze sculpture. 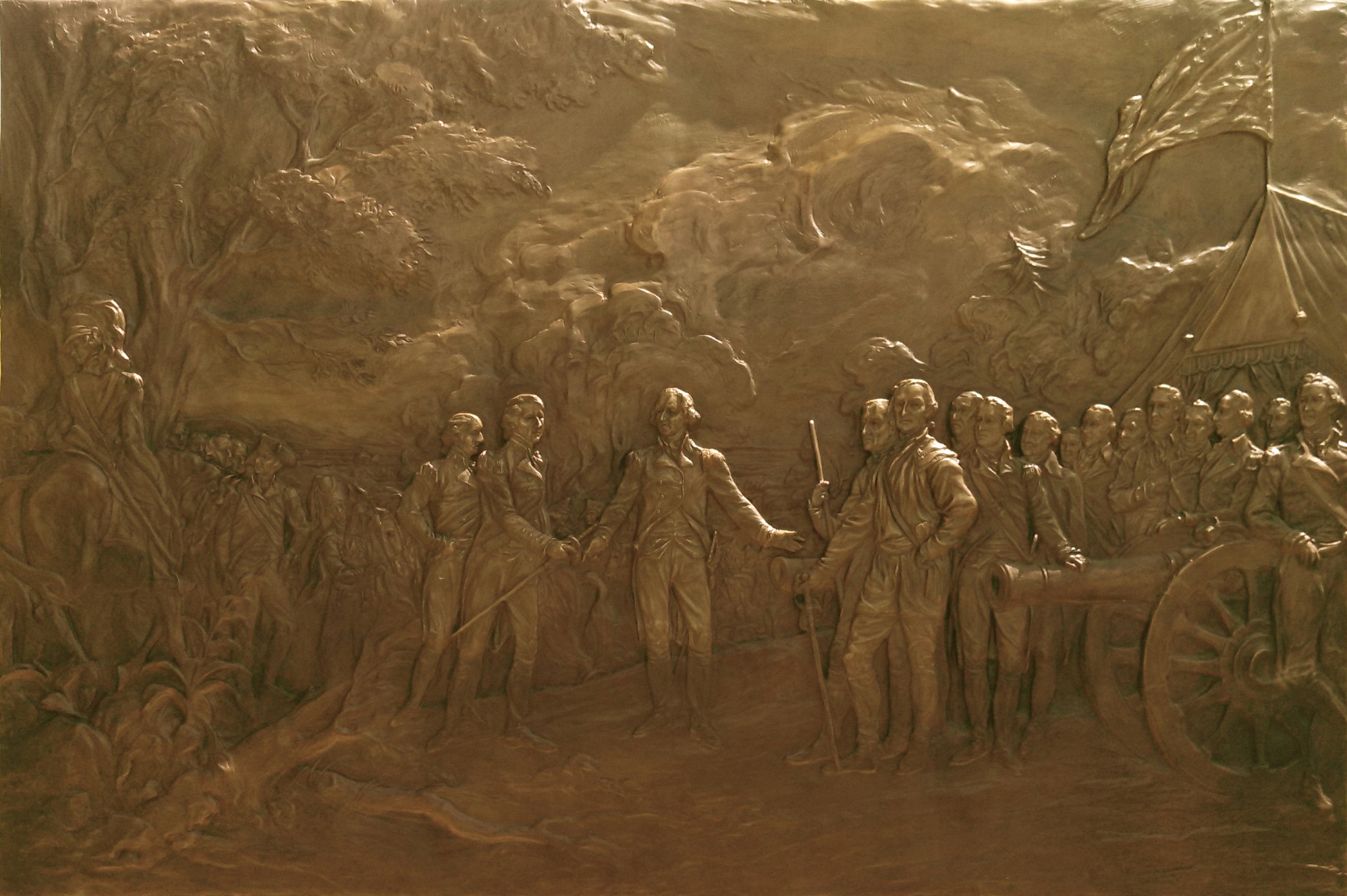 The “Saratoga Surrender Sculpture” will be presented in the main
lobby of the City Center through May 19 during regular business hours – Monday
through Friday, 9 a.m. – 5 p.m.

This
massive bronze bas-relief depicts the surrender of British General Burgoyne to
the American General Gates, a turning point in the war for independence. The
work of art was created by the nationally-known painter and sculptor Chas Fagan,
based on John Trumbull’s famous oil painting “The Surrender of John Burgoyne.”

The sculpture
will find a permanent home in the new memorial park called the Saratoga
Surrender Site, south of Schuylerville, later this year.

Check
out more events at the Saratoga City Center.