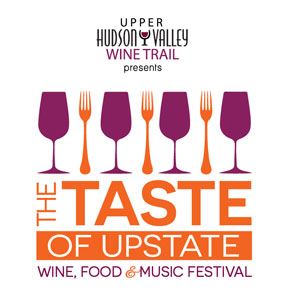 The first-ever Taste of Upstate Wine, Food, & Music Festival will take place this weekend at the Canfield Casino and the Saratoga City Center from April 18th to April 19th, 2014.

Showcasing local wines, beers, food, artisan crafts, and music, the festival is proving that nobody does it better than Upstate NY!

The first event is a kick-off concert at the Canfield Casino in Congress Park on Friday, April 18th. It’s just the thing to celebrate spring’s official arrival to Upstate New York. The concert features three of the area’s best Americana, Folk, and Bluegrass Bands. Starting at 6pm, hear a lineup of these amazing bands!

Preview the bands below:

Hear North And South Dakotas, hailing from our very own Saratoga Springs.

Next up is Floodwood from the Adirondack foothills.

Then see Mallett Brother’s Band based out of Maine.

Tickets to the Canfield Casino kick-off concert are just $15 in advance and $20 at the door!

The next morning, April 19th, you’ll need some “hair of the dog” after that great concert! Head to the Saratoga City Center for the main event, the Taste Of Upstate Grand Tasting from 12 noon-6 pm!

With over 45 local food, wine, beer, and artisan craft vendors in the area participating, you’ll get a taste of everything Upstate! There’s something delicious from each of the 45+ vendors.

Try samples from 17 local wineries like The Saratoga Winery and Adirondack Winery. Enjoy the offerings of two breweries on site for beer-lovers and two local distilleries for fans of craft liquors.

On top of these amazing drink samples, you’ll also try samples from local food makers like Berrylicious Bouquets, and Saratoga Olive Oil, among 25 other artisan food makers and local craftspeople. There’s everything from homemade soaps, art, and even artisan glasswork.

The event strives to showcase not just the best of Upstate New York, but also the best of the country (which we all know is Upstate NY!).

Tickets to the Grand Tasting event are $20 in advance and $25 at the door. Children under ten are just $10.

Will we see you at the Taste Of Upstate Wine, Food & Music Festival? Comment below if you’re going!