It’s not every day you are given time off to go around and explore Saratoga is it? I had the pleasure of exploring the patio dining of downtown Saratoga this past Thursday and I was thoroughly impressed.

I came to Saratoga Springs with high expectations and it did not disappoint. For a Thursday lunch hour, Broadway was packed with diners, shoppers and dog walkers.

Broadway; where to even begin. There was so much to do, with or without spending a penny. Walking around with a camera was more fun than you could imagine; I was asking people to pose for the camera, and some posed when they saw the camera anyway. The poses people made when they saw the lens was a joy to behold.
There were plenty of places to eat or sit down for a cold drink on a hot summers day in Broadway to really soak up the atmosphere of Downtown Saratoga. I have posted photos that I took below of some of the restaurants at lunchtime.

What is your favorite place to enjoy patio dining? 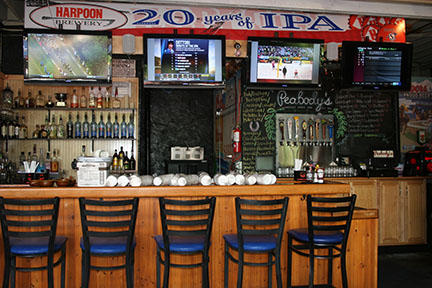 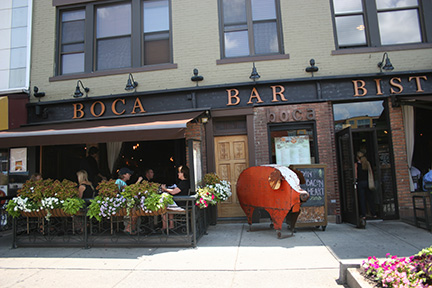 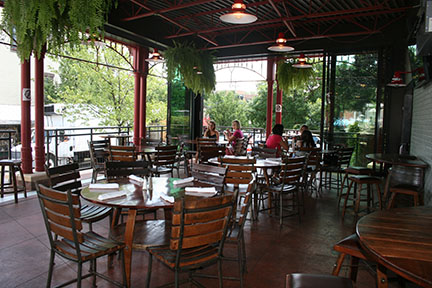 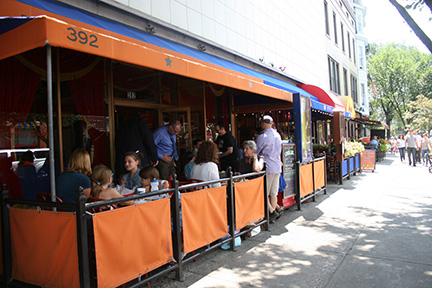 As mentioned above
when the camera
comes out, so does
everyone’s smiles and
poses. I caught these
two citizens of Saratoga
posing for the camera
without realizing. 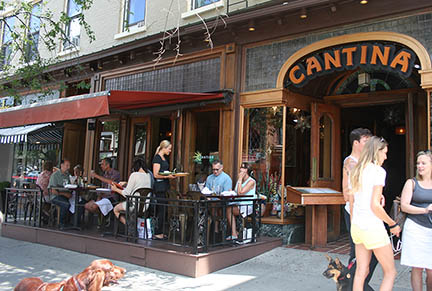 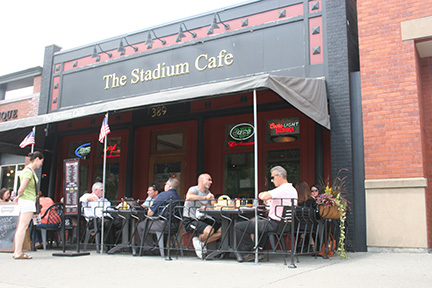 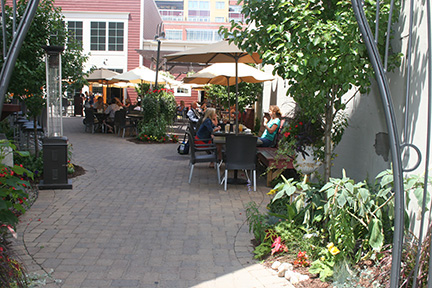 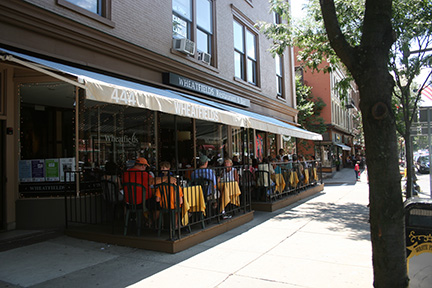 If you have a favorite restaurant in Saratoga, feel free to leave your comment below