We all know Saratoga Springs is a beautiful place to live, with its bustling downtown, genuine people and historic beauty. Recently, Saratoga was recognized for another reason – a new study from SmartAsset ranked the “10 Best Places to Retire in New York,” and Saratoga not only made the cut, but actually ranked in at 2nd place!

Saratoga was listed among other places in New York, including Goshen, Fairport, Webster and Ballston Spa. The study considered four main factors: taxes (both income and sales tax), the number of doctors’ offices, and opportunity for recreation and a social life. Check out the full list below including the stats that placed the cities in the top 10: 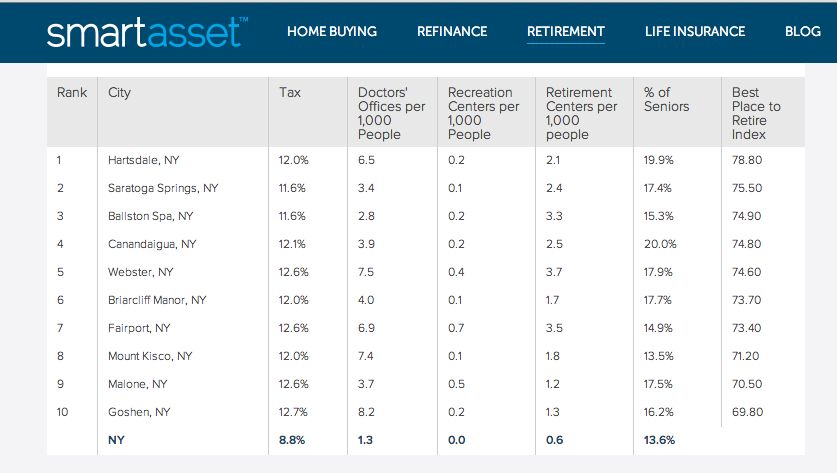 With so much to do, its peaceful atmosphere, exquisite beauty, and ability to cater to senior citizen needs, it’s no wonder Saratoga was chosen as an ideal place to retire. It’s most definitely the perfect place to spend those golden years!

Why do YOU love Saratoga? Leave us a comment below!

Check out other recognition that Saratoga has received over the years!