Do YOU love The Saratoga Winery? While you may be a regular to the winery and tasting room just 4 miles west of downtown Saratoga, we might have some tidbits that would surprise you. I was able to chat with co-owner Tara Nimmo to find out some interesting facts that not everyone knows – check out the 11 Things You Didn’t Know About The Saratoga Winery! 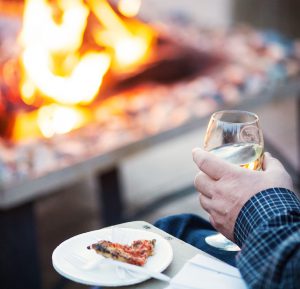 Since its start, The Saratoga Winery is constantly growing and evolving, becoming the best venue it can possibly be. When owners Rich and Tara Nimmo first purchased the property for the winery (which was an old vegetable stand), they were hoping for just a small tasting room, and then to possibly move into distribution. They had no idea their winery would become such a booming success. Customers continue to fall more and more in love with the venue, that features a barrel room, a backyard, back deck and plenty of outdoor space with an outdoor bar and fire pits. The whole ambiance of the winery really makes visitors feel secluded and away from the hustle and bustle of every day life, allowing them to fully enjoy their experience.

Check out the winery BEFORE the Nimmo’s purchased the property and AFTER! 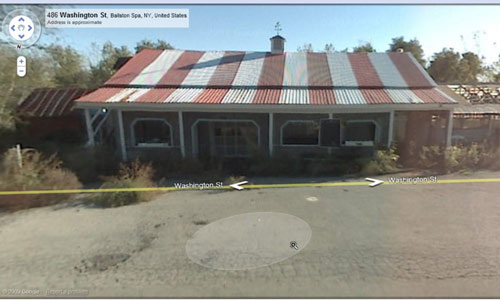 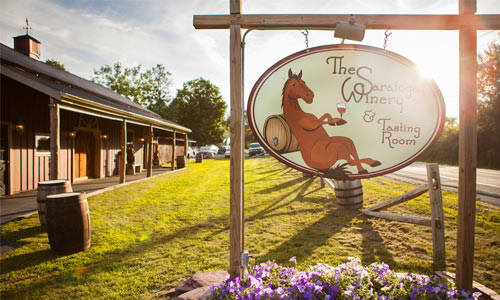 Rich and Tara Nimmo began making wine with Rich’s uncle Leigh, who owns a winery in Western Pennsylvania, and eventually became their mentor as a winemaker for many years. After backpacking through Europe in the 1960’s, he was working on farms and awakening his viticulture and wine-making career path. He then found himself in Pennsylvania, working in a vineyard for an elderly Hungarian man who honed Leigh’s skills and taught him to be a winemaker by using a century old technique, passed on by generations of his Hungarian family. 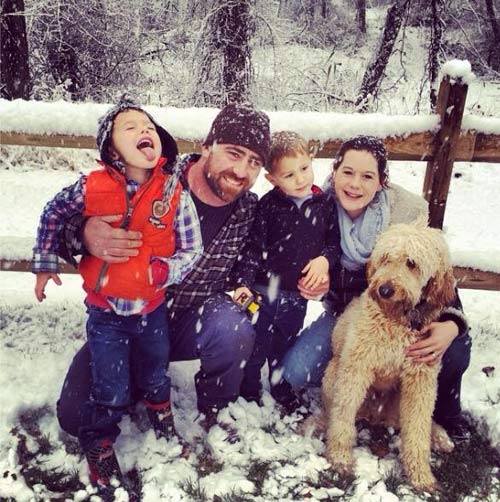 This technique involved a basic natural wine making process using honey, fruit and/or grapes in a whiskey barrel. This tradition has carried on to the Saratoga Winery’s barrel room, with one of their most loved wines, the Melomel. Having Uncle Leigh as their mentor through the whole process, Tara and Rich were able to take their love of wine from a hobby in their wine cellar, to a full grown business.

A wonderful part of The Saratoga Winery is their commitment to being as local as possible. The wood used in and around the winery is all sourced locally, whether it’s from their friends, neighbors or their own property. Tara and Rich skin their own trees, clear their forests, and source lumber all from local areas. The amazing bar tops, pillars and twig work are all from trees that are right in our backyard! Thanks to some great local contractor friends, All American Stone and Adirondack Enhancements, Rich and Tara’s visions have come to life! Keepin’ it local – we love it!

Whether you’re a regular visitor to the winery, or you are planning on checking out the venue for the first time, make sure to take a closer look at the concrete! Concrete? That’s right! There are hidden pieces of history throughout the concrete at the winery, ranging from small tokens to footprints and even a lucky horse shoe. Try to find them all next time you stop by!

The Saratoga Winery is available for private events as patrons can rent out the winery for a variety of different uses. Planning a retirement party, bachelorette party, or bridal shower? The winery makes for the perfect venue. A variety of fundraisers have also been held at the winery, allowing this venue to be involved in local causes. As Tara told me, “we know what it’s like to be in need, how important it is to help others, and how much we appreciate support.” 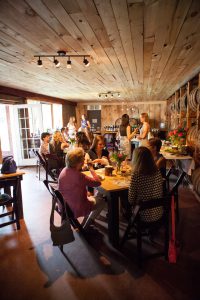 6. There’s Always SOMETHING Going On

Did you know about the weekly specials at The Saratoga Winery? There’s something happening every night of the week, which not everyone knows! Check out the specials going on every day of the week below:
Mondays – Buy One, Get One FREE Wine Tastings
Tuesdays – Free Keepsake Wine Glass with Wine Tasting
Wednesday – 20% Off All Wine Bottle Purchases
Thursdays – Trivia Night, Taco Night & Happy Hour Specials
Fridays – Wine Pairing Dinner & Live Music
Saturdays – Live Music
Sunday – Create Your Own Pasta
Make sure to check out all the great events and happenings at the winery, every day of the week! 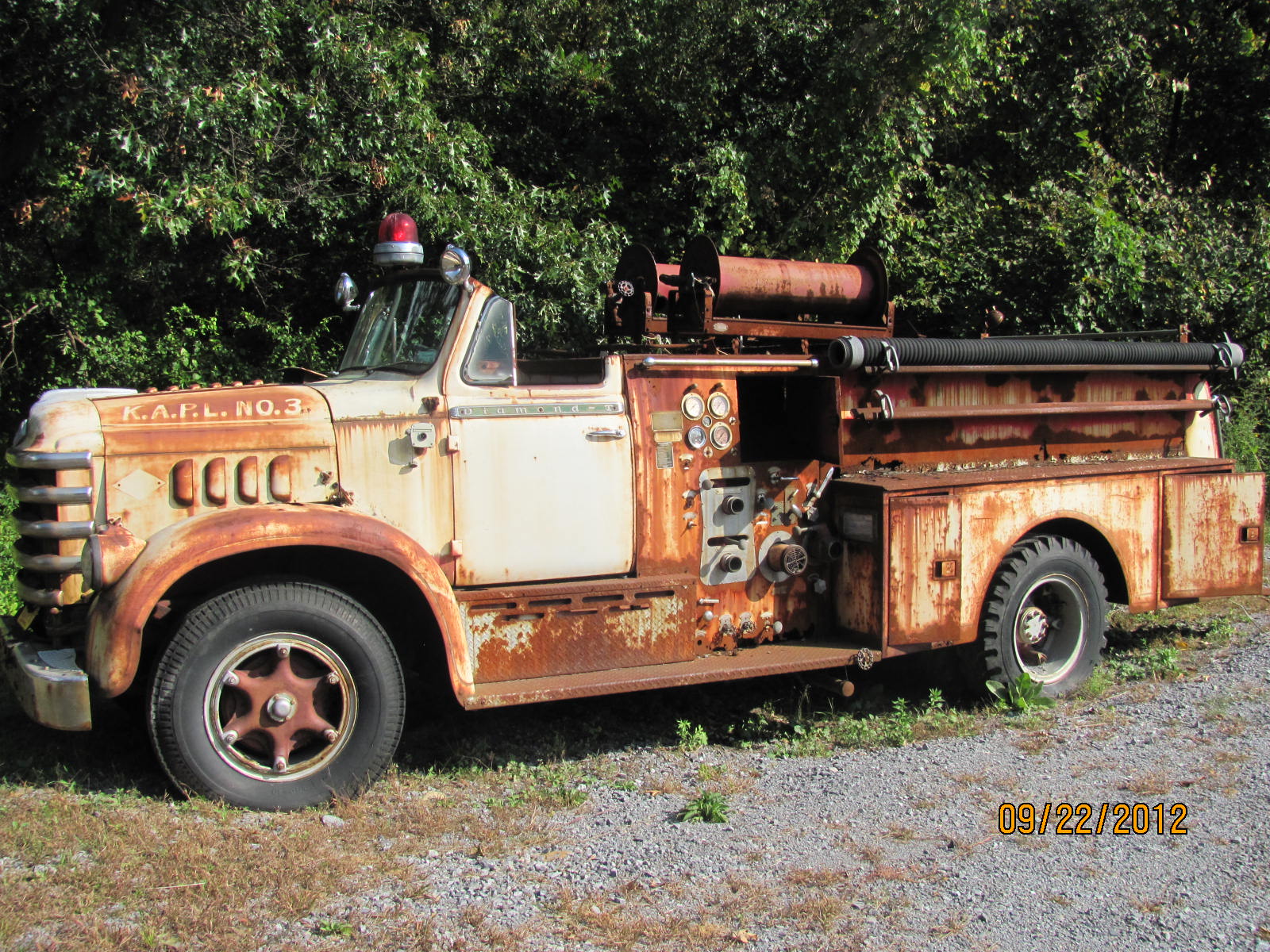 Something you may be wondering about The Saratoga Winery – do they grow their own grapes? If you’ve ever visited the winery, you may have noticed how there are no vineyards in sight. This is due to the fact that The Saratoga Winery does NOT grow their own grapes. Instead, they support New York grape and fruit farmers of the Finger Lakes and Lake Erie.

Now you may be thinking, “if there is no vineyard, how can they call themselves a winery?” Many people mistake the difference between the two, and don’t realize that you can in fact be a winery without managing a vineyard. Just because The Saratoga Winery is not an estate winery, does NOT mean it is not a winery.

The decision behind not growing their own grapes? Tara informed me that they preferred to let local farmers be the masters of their trade, and they are so happy to support them! It’s a ton of work to harvest your own grapes and also run a winery, and this was the best course of action for The Saratoga Winery.

Ever noticed the adorable horse on the labels? That’s Mel, the winery’s mascot. He is the fun spokesperson for the winery, created by Marketing Manager, Amy Greth. You can get a feel for the quirky character of Mel through the winery’s newsletter (The Racking Horse Weekly), on Facebook, Twitter, and Instagram. Mel is also the “in-house wine taster”, ensuring that all of the wines taste delicious! What a cutie!

Have you ever noticed The Saratoga Winery’s bold, bright and fun labels? Their wine bottle labels feature several local artists’ and photographers’ work, including Frankie Flores and Stu Eichel. They have also held label contests, where contestants can submit their artwork and have it potentially become a label for one of the winery’s wines. These labels truly are bright and flashy, and we love them! 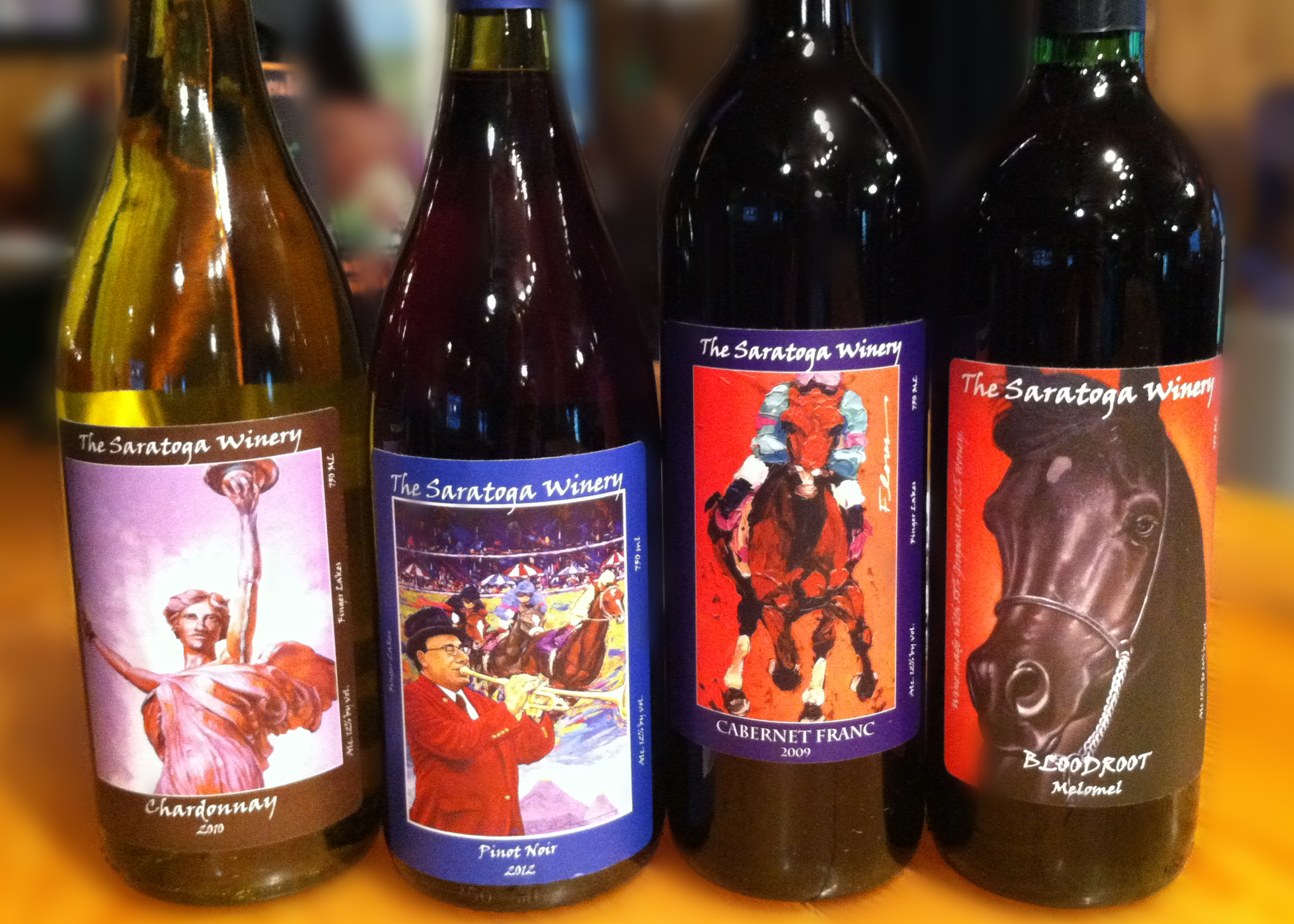 11. They serve beer, NOT just wine

Finally, last, but certainly not least – did you know The Saratoga Winery doesn’t JUST serve wine? The winery also serves a variety of beers! The winery carries bottled and draught beer and features a variety of local breweries, including Adirondack Brewery, Brown’s Brewery, Davidson’s, Olde Saratoga Brewing Company and Ommegang. They also feature some Vermont beers including Switchback and Wolovers, along with the most popular domestics and imports such as Stella, Heineken and Bud Light.

Want a FREE Beer Tasting? Check out the coupon for a free beer tasting at the Winery (valid through 3/31/2015)

Did YOU learn a thing or two about The Saratoga Winery that you didn’t know before? We hope so! Learn more about the winery and make sure to stop by and check it out, just in time for spring!