To the even the most casual observer, the Saratoga Race Course is a vital contributor to Saratoga Springs, bringing hundreds of thousands of visitors to the area and creating thousands of jobs. A recent report, though, has brought to light just how important the Race Course is and how it could contribute to the region’s growth in the future. 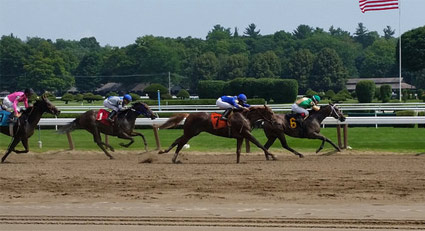 Earlier this month, Camoin Associates, with cooporation from NYRA and sponsorship by the Saratoga County Industrial Development Agency (IDA), released its new report as the companion of a 2006 study, updated in 2011. This document indicates that not only does the Race Course bring in a substantial amount of money to the area, but in fact “generates $237 million in economic activity and nearly 2,600 jobs across the greater capital region.” About $142 million of the financial gain comes from tourists and visitors to the area.

In addition, “tax revenues from the operation of Saratoga Race Course are estimated to have contributed $14.2 million to local and state government in 2014.” The IDA report also observed positive impacts on New York’s thoroughbred breeding industry and on the number of Saratoga County horse farm properties. The positive benefits of the Race Course extend beyond Saratoga into Albany, Columbia, Greene, Montgomery, Rensselaer, Schenectady, Warren, and Washington counties, solidifying the Race Course a vital part of the entire Capital Region.
Although NYRA decided against expanding the Saratoga Race Course season last November, the new evidence presented in the IDA’s report could play a key role if the issue is revisited for the 2016 season. The study shows that the 2014 numbers are vast improvements over the 2011 ones, leading us to believe that the impact of the Race Course will continue to increase in the future.
Learn more about Saratoga Race Course >>
See the 2015 Race Course Calendar >>
Sources:
The Saratogian
The Times Union
NJ.com