The Saratoga Springs Preservation Foundation is racing the clock in order to complete the restoration of the Spirit of Life and Spencer Trask Memorial by its 100th anniversary. 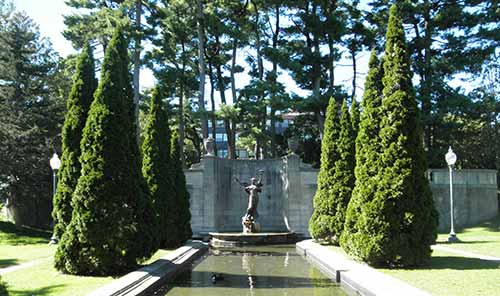 In 1913, Katrina Trask, founder of Yaddo, along with George Foster Peabody commissioned the memorial to honor her late husband Spencer Trask’s efforts to preserve the springs of Saratoga and establish the State Reservation at Saratoga Springs, which you may recognize today as Saratoga Spa State Park.

On-site work began last Spring by removing decaying white pines and restoring the masonry. Additionally, restoration of the pathways, garden, benches and lighting will be completed this Spring.

This 100th anniversary also coincides with Saratoga’s 150th birthday, with a rededication ceremony scheduled for June 26.

In order for the restoration to be completed by June 26th, $66,000 needs to be raised by the end of March.

The restoration began four years ago with help from the city of Saratoga, individuals, businesses and foundations. Less than 10% of the project still needs to be completed.

Campaign Chairwomen Barbara Glaser and Kathleen Fyfe are seeking support in raising the remaining funds from Saratoga residents and businesses.

Should fundraising efforts exceed the project’s final cost, excess funds will be placed in a fund dedicated to the maintenance and preservation of the memorial.

If you are thinking of donating, do it today!

Donations can be made online here; by check made payable to the Saratoga Springs Preservation Foundation and mailed to 112 Spring Street, Suite 203, Saratoga Springs, NY 12866; or by credit card over the phone at (518) 587-5030. 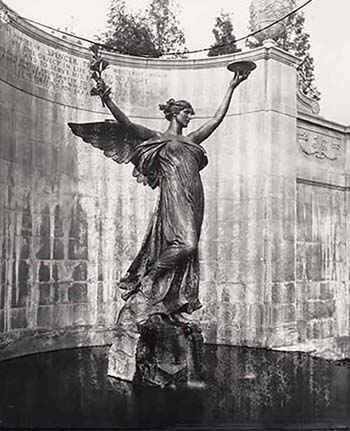