Several new businesses are planning on setting up shop in Saratoga in the near future. From the Capital Region’s favorite place to get your car sparkling clean to one of GlobalFoundries’ suppliers, we have you covered on which businesses are making Saratoga their new home. 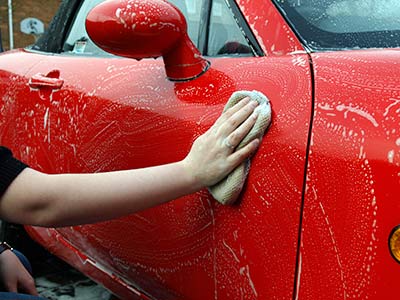 Hoffman’s Car Wash plans on expanding even further by opening it’s third location in Saratoga County on Route 50 near Northline Road and Wilton Mall. It is predicted to be up and running in December, just in time for the busy winter carwash season.The Saratoga Springs Hoffman’s will be modeled after the one in Amsterdam located on Route 30 which opened its doors in 2013. The company is currently in the process of getting approval for their expansion plans from the city, which is projected to be completed in the coming months. There are approximately eight to ten full and part time jobs that will be made available upon opening. Tom Hoffman, Jr., told the Albany Business Review, “It’s a growing area. We’re really optimistic about the success of the location.”

Peroxychem, a global leader in peroxygen will also be opening a location in Saratoga Springs. Their new facility is designed to support GlobalFoundries Fab 8 chip plant in Malta. Global uses hydrogen peroxide to clean impurities from their wafers during the production process. Peroxychem is also prepared to meet the anticipated increase in demand for ultra-high purity hydrogen peroxide used in semiconductor manufacturing. The opening of this factory will also create 10 managerial, lab technician and chemical manufacturing jobs.

Last but not least, CAP COM Federal Credit Union is planning to open its first branch in Malta, just down the road from GlobalFoundries. Several new banks and credit unions have opened locations in Malta since GlobalFoundries came to the area. CAP COM is looking to build a branch on Route 9 and is still awaiting approval from the Malta Town Board. Robert Roemer, Vice President of innovation and project management at CAP COM told the Albany Business Review, “The growth in both business and residential in that area has made it an attractive destination for us.” It is slated to open its doors in 2016.

What do you think about these three businesses coming to the area? Let us know!