Thomas Dimopoulos, a local journalist who has written for The Saratogian, Saratoga Wire, and The Post Star, among other publications, recently published his first book, “Saratoga Stories: Magic and Loss.” This historical look back at tales and pictures of Saratoga Springs is the perfect accompaniment to the city’s ongoing Centennial celebration. 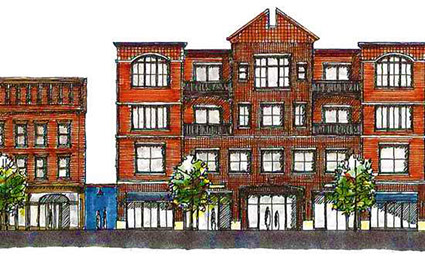 According to The Times Union, the book “contains 15 stories, 50 images, a 100-year timeline documenting the city’s evolution, and a unique listing of all the pop artists who have appeared at the Saratoga Performing Arts Center.” Dimopoulos chose to publish the book to honor the memories of those who the stories are about, as well as to share them with present and future generations.

The official book release will take place at Northshire Bookstore on Broadway during the first week of June, but “Saratoga Stories” is currently available for pre-order on the bookstore’s website. Dimopoulos will be participating in readings and book signings at Spring Street Gallery on June 18 from 6pm-8pm, Northshire Bookstore on July 25 at 7pm, and at Caffe Lena on August 18 at 7pm.
Source:
The Times Union