Visit Saratoga.com For Everything Saratoga
Enter Giveaways Advertise
Home  »  Community  »  Add Some Pop, Snap, and Sparkle To Your 4th This Year

Have your 4th of July celebrations been lacking a certain dazzle in the past? New York State’s ban on consumer fireworks has made duds out of some Independence Day festivities, but this year things are looking much brighter! 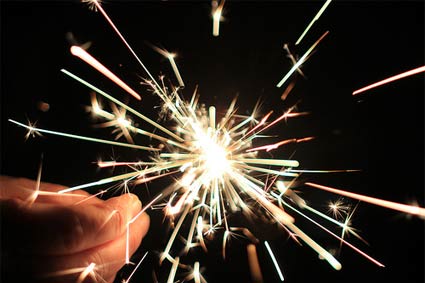 The Times Union has reported that Saratoga County has authorized a local law “allowing licensed retailers to sell sparklers and other low-impact fireworks” between June 1 and July 5 and December 26 and January 2 for the 4th of July and New Year’s Eve, respectively. The Board of Supervisors passed this “sparkler law” that “lets retailers approved by the state sell sparklers, snappers, and party poppers to people 18 and older.”

Interested retailers can apply to the state Office of Fire Prevention and Control for the necessary certificate to sell such products. After June 1, consumers in Saratoga County can begin making purchases! Governor Cuomo signed a bill in November to allow “the sale and possession of sparklers and some novelty devices outside of New York City,” but it is the responsibility of individual counties to enact specific laws regarding the sale of sparklers and the like, as Saratoga County has.
Although sparklers, snappers, and party poppers will add pizzazz to festivities (and will bring in additional sales tax revenue), it is important to use them responsibly! It is always possible for large fires or explosions to breakout where fireworks are concerned, so be sure to use a high level of caution when purchasing, storing, and lighting them.
Source:
The Times Union