In light of the full-scale casino being built in Schenectady, the Saratoga Casino & Raceway has created a solution to maintain competitiveness in the area. By next summer, gamblers will be able to stay overnight at a $34 million hotel on the grounds of the Saratoga Casino. 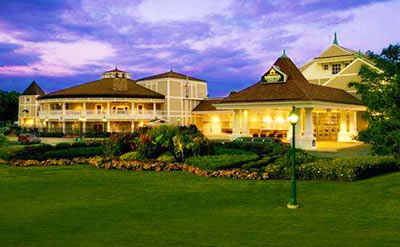 Saratoga Springs residents voted against a full-scale casino which resulted in the owners of the Saratoga casino applying to the state for licenses to build in other areas, such as East Greenbush and Newburgh. Both were denied. “We have said from the very beginning that it’s important to do this hotel regardless of if we get a license. It’s almost more important now — to give guests another reason to visit Saratoga,” Rita Cox, senior vice president of marketing at the casino told the Times Union.

The casino has estimated that it has the potential to lose between 30 and 40 percent of its business and up to 250 employees when the full-scale casino opens in Schenectady. However, the hotel is being seen as a solution to the expected losses the Casino and Raceway could possibly face.

It was announced on Monday that the 123,000 square feet of new space at the casino will feature 108 rooms, an indoor pool, a restaurant and meeting rooms and will be constructed by Kirchhoff-Consigli Construction Management and Tishman Construction. The hotel will connect to the casino near the Garden Buffet.
Saratoga Casino and Raceway offers video lottery games daily, dining, as well as live harness racing from March through December.
Do you think this new addition to Saratoga’s casino will help maintain its competitive edge with a full-scale casino entering the area soon?