Visit Saratoga.com For Everything Saratoga
Enter Giveaways Advertise
Home  »  Sports and Racetrack  »  In Addition to Ice Cream, You Can Now Get Your Tickets To The Race Course at Stewart’s, Too!

Next time you’re in Stewart’s picking up your hand packed pint, why not grab your tickets to the Race Course, as well? That’s right, as of June 1st, Stewart’s will be selling season passes to the track at over 200 stores from Ulster to Warren County! 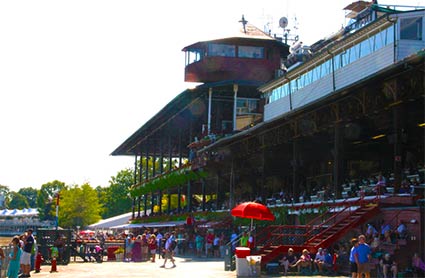 Due to the success of the program last year, the race track has once again expanded its season ticket program with Stewart’s Shops. After the race track partnered up with Stewarts to sell tickets at 150 of their stores last year, ticket sales skyrocketed when more than 6,300 season passes were sold as compared to the 1,400 that were sold in the year prior.

The 40-day meet will begin on July 24th and run through September 7th. Tickets can be purchased at Stewart’s Shops beginning on June 1st and a grandstand season pass can be purchased for $35. Be sure to act fast, clubhouse season passes sold out by mid-July last summer!
Looking for more information on the Saratoga Race Course? Check out our guide that has information on ticket sales, what to wear, the racing schedule, and more!
We’re counting down the days till track season on at Saratoga.com! What are you most looking forward to at the track this summer?
Source:
Albany Business Review