If you’re one of the many heading to SPAC this summer to enjoy classical performances, keep in mind this is going to be a very special season. This summer’s SPAC season marks the kick-off to SPAC’s Golden Anniversary celebration in 2016. What’s on the line-up to ring in SPAC’s 50th? Find out! 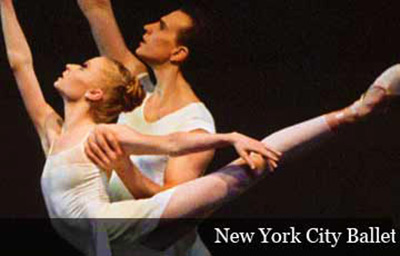 SPAC’s summer 2015 season will feature stellar performances by the New York City Ballet during their annual two week residency. Some of the highlights of the season will include ‘La Sylphide,’ a classic ballet staged by the NYCB’s own Artistic Director, Peter Martins, who dreamed of including it in their repertoire for years. Justin Peck, NYCB Resident Choreographer, will also premiere his long awaited ‘Rodeo: Four Dance Episodes,’ as well.

Also part of the kick-off celebration, the always fun New York City Ballet Gala will feature a one-time-only program including the Saratoga premiere of Peck’s new ballet, ‘Belles-Lettres‘  and Alexei Ratmansky’s ‘Pictures at an Exhibition.’ There will also be an opportunity for ballet lovers to enjoy an intimate presentation of the film, Ballet 422 on June 13th with the film’s star, Justin Peck, who will offer a meet and greet after the screening.
“This summer is shaping up to be an exceptional opportunity for dance audiences to enjoy new experiences,” SPAC’s President and Executive Director stated in a press release. And it’s true! From the National Ballet of China to Lar Lubovitch Dance Company to the prestigious New York City Ballet, there is a performance for every type of dance lover hitting the stage at SPAC.
In addition to the fantastic performances coming our way, the 2015 kick-off to 50 season marks the beginning of a five-year project to archive and display materials from the iconic venue’s history. Thanks to Iron Mountain Incorporated, beginning in July, SPAC’s incredible history will be accessible with new interactive kiosks that will allow visitors to explore multimedia content from SPAC’s beginnings to present time. Historical documents, photos and videos from the archives will all be viewable on the kiosks for visitors looking to learn more about SPAC’s history.
So what’s in store for the Golden Anniversary next summer? One of the special events at SPAC in 2016 will include a world premiere performance of a new commission created for the New York City Ballet to celebrate SPAC’s anniversary. We know its far away, but we already can’t wait!
It’s crazy to think that SPAC is turning 50 next year! What are your favorite memories of the venue?