Visit Saratoga.com For Everything Saratoga
Enter Giveaways Advertise
Home  »  Community  »  Step Back in Time at The Westchester House: A Victorian Gem in Saratoga

Visiting Saratoga for the weekend and not sure where to stay? Take a look at The Westchester House Bed and Breakfast. I recently had the opportunity to speak with one of the owners, Stephanie Melvin, who provided me with the rich history of The Westchester House. From its beginnings nearly 130 years ago to Stephanie and her husband, Bob’s, complete restoration project, the house is truly one of Saratoga’s treasures. 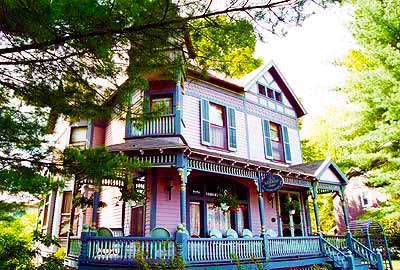 The Westchester House is a Victorian home in Saratoga Springs that hasn’t lost its turn-of-the-century sense of style due to neglect, demolition or modern remodeling. Built as a family home by master carpenter Almeron King in 1885, the Westchester House still stands as one of Saratoga’s hidden gems due to the Melvin’s careful and dedicated restoration process.

The bed and breakfast is nestled on a tree-lined street in a residential neighborhood only a short walk away from both the track and Saratoga’s downtown. With King’s skill and imagination, he created this beautiful Queen Anne Victorian home with a whimsical roofline, handcrafted chestnut moldings and elaborately carved fireplaces, which are all still in place today. 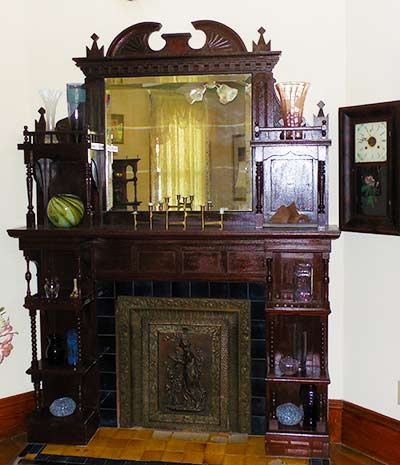 The owners, Bob and Stephanie Melvin, opened the Westchester House as a bed and breakfast in 1987. They chose to move to Saratoga from Washington D.C. because they wanted to be somewhere that attracted sophisticated adults. Between the race track and SPAC, they knew there would be a very strong population looking for places to stay. They wanted to provide accommodations and hospitality in an area that already was attracting travelers. “It’s been a more satisfying occupation than we ever imagined it would be,” Stephanie said cheerfully.
Before they came to own it, nothing had been touched or updated in the Westchester House since its creation in 1885. It had been considered uninhabitable by the bank, but the couple was determined to bring it back to life. Stephanie shared that the stewardship of restoring and maintaining a building so true to the era is a very exciting responsibility for the couple. 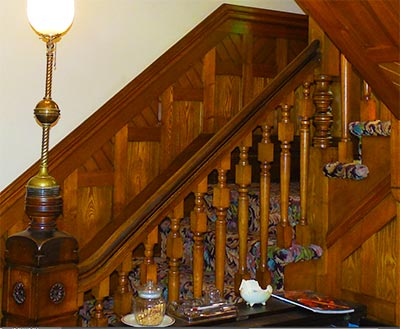 It was painted top to bottom with an eight-color paint job, updated with new heating, electrical and plumbing systems and new bathrooms. However, these updates have remained true to the era it was built in. Upon walking into the house, you would think you were transported back a century with all its whimsical details still in tact. The house also boasts lush, exuberant Victorian gardens that were planted as part of the restoration process. In the warmer months, guests can congregate in several places within the gardens.
Bob and Stephanie’s hospitality towards their guests has also not gone unnoticed. Often, their guests go on to become friends. The first couple who ever stayed with them at the Westchester House in 1987 for opening weekend at the track has continued to return to the Westchester House every year since.
Another highlight Stephanie noted is the number of interesting people they get to meet on a daily basis. “We meet people we would never, ever meet in our lives. The house brings a lot of different people together,” Stephanie noted. She described some of the characters that have stayed at The Westchester House, many of whom could be considered to be leaders in their field. From opera stars to super attorneys, you never know who you could meet during your stay. 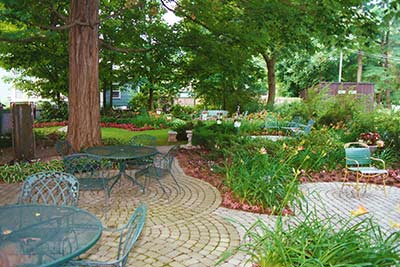 And that flexibility has been noticed! Stephanie told me a story of how someone recently was in the process of making plans to come stay with their elderly parents. After playing phone tag for some time, they realized their trip wasn’t going to be able to work. However, the person called Stephanie to thank her for her patience, kindness and flexibility while assisting him in making his reservations.
The Westchester House Bed and Breakfast has been awarded and recognized by several organizations including the New York State Award for Preservation, the Saratoga Preservation Foundation, the National Trust Historic Reservation and the Saratoga County Realtor’s Association.
If you’re planning on heading to Saratoga to catch a race or enjoy a great concert, make a reservation at The Westchester House. From its fanciful Victorian details to its gracious and always knowledgeable hosts, you will be glad you chose to stay there!
Check out the full-list of historic inns in the Saratoga Springs area.