Confirm business hours in advance.
Visit Saratoga.com For Everything Saratoga
Enter Giveaways Advertise
Home  »  Events  »  Get Your Grill On at SPAC This Thursday Before The Philadelphia Orchestra

As part of Sage College’s “Date Night” series each Thursday during the Philadelphia Orchestra season, up and coming chefs from around the Capital Region will meet for meet for the Times Union’s “Grill Games” competition. 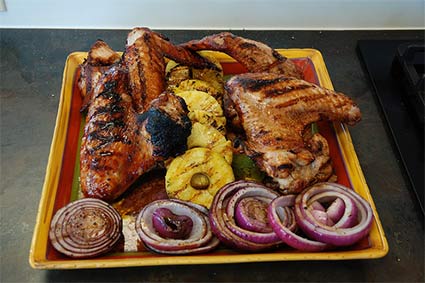 Marcia J. White, President and Executive Director of SPAC stated in a press release, “The competition adds an exciting flavor to the fun of the SPAC lawn in August. We can’t wait to watch the new Grill Games unfold.”
The cooking competition is an added feature of the Sage College’s “Date Night” Pre-Show events from 6:00 PM to 8:00 PM which feature complimentary wine and gourmet food tastings. The Philadelphia Orchestra’s season will run from August 5th – August 22nd.