Visit Saratoga.com For Everything Saratoga
Enter Giveaways Advertise
Home  »  Fun Stuff  »  SportsCenter Coming To Saratoga
Those who frequent Saratoga Race Course know all about the excitement of opening weekend, but this time around, the entire country will get to experience it firsthand. SportsCenter, ESPN’s flagship sports news program, will be broadcasting from the Race Course on Saturday! 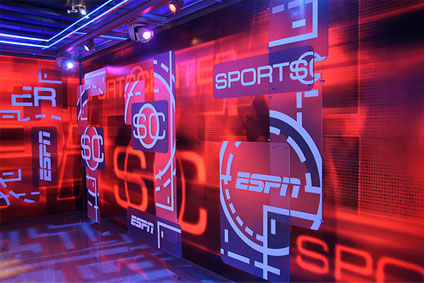 The show, which draws an average monthly viewership of 115 million, has been touring the country for a six-part “SportsCenter on the Road Summer Series.” The series has included stops at Hoopfest in Spokane, WA, Nathan’s International Hot Dog Eating Contest at Coney Island, the World Championships of Cornhole X in Knoxville, TN, and the National Horseshoe Pitchers Association World Tournament in Topeka, KS.

Saratoga Race Course will share final-stop honors with the WNBA All-Star Game that’s taking place in Uncasville, CT on Saturday afternoon.
The broadcast will begin at 9:00am ET, and Sara Walsh will anchor from the paddock area as horses return to their stalls following their morning workouts. The live telecast will continue until noon with the following highlights:
If you can’t make it to the Race Course in-person this weekend, be sure to tune in to ESPN on Saturday morning for an inside look at all the action!
See our Saratoga Race Course Guide >>
Sources: