The Saratoga Planning Board recently approved the City Center’s request to subdivide the High Rock Avenue parking lot, where a parking garage is planned to be built. However, this decision was not met with unanimous positivity. 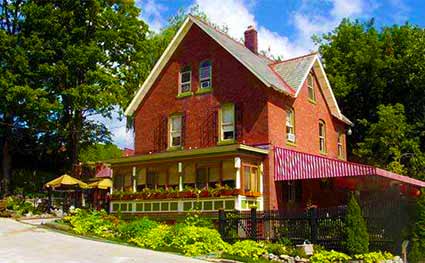 There has been concern from board members about the subdivision itself, let alone other proposed ideas for the lot such as the parking garage. Several issues have risen and divided community members on the plan for the $10.4 million, 480 space parking structure.

The board has taken all the necessary legal steps including ensuring the environmental safety of the proposal and seeing that the project sticks to Saratoga’s Comprehensive Plan. However, business owners such as Dianne and David Pedinotti have voiced concerns over the proposed garage and are currently engaged in a legal battle to stop the project in its tracks.
The Pedinottis own the Mouzon House, a restaurant that is located adjacent to where the parking garage would be built. They claim that the five-story structure will block the sun from reaching the restaurant’s solar panels.
The couple have spent almost $30,000 in legal fees battling the City Center’s project. This past Sunday, 250 people attended a benefit concert to help offset the costs.
What do you think about the parking garage? Let us know in our survey!

Create your own user feedback survey