It’s hard to believe the Saratoga Wine and Food Festival and Concours D’Elegance could get any better. The Live Auction items have been announced and range from exotic travels to private dinners to a very special ownership opportunity that will strike a chord with track goers. Take a look at what’s in store this weekend at SPAC: 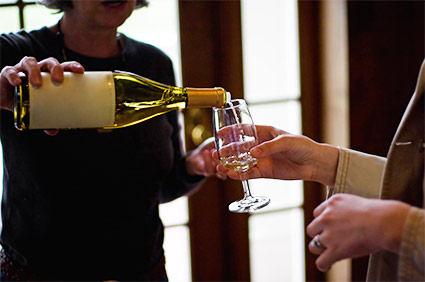 An interest in a thoroughbred racehorse named ‘Court Savvy‘ will be among the items available to bid on at the Live Auction on Saturday, September 12th at 4:00 PM.

The ownership experience offers two percent interest in the Tom Albertrani trained two-year-old colt. The horse is part of West Point Thoroughbreds, a company who manages over 80 horses — including Commanding Curve, the runner-up in last year’s Kentucky Derby. The stable also reached $1.6 million in purse earnings from 2015. The experience includes assistance with race day accommodations, access to the paddock, backstretch and winner’s circle, invitations to partner events, and more! The ownership experience has an estimated value of $12,300.
“We are very proud to be able to offer Festival guests the rare opportunity to bid on an interest in a thoroughbred racehorse, owned and managed by one of the country’s premier stables. We are extremely grateful to West Point Thoroughbreds for its generous donation and we look forward to congratulating the lucky individual who will place the winning bid on ‘Court Savvy,'” Marcia J. White, President and Executive Director of SPAC, stated in a press release.
What else can you bid on during the Live Auction? Check it out:
In addition to the live auction, take a peek at the other events that will be taking place throughout the weekend. We hope to see you at this year’s Saratoga Wine and Food Festival and Concours D’Elegance!