Visit Saratoga.com For Everything Saratoga
Enter Giveaways Advertise
Home  »  Business  »  A Roundup of Business News in Saratoga, Including New Hires

Saratoga’s busiest season may be over, but there is still a ton of recent business happenings in the area! From business expansions to new living communities, we have you covered. 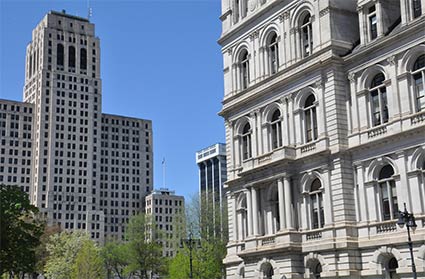 Ballston Spa Walmart is a Go

After over a year of debates and public hearings that attracted hundreds of community members, the Ballston Spa Planning Board has approved the new Walmart. The new store will be built near the intersection of Routes 50 and 67. A spokesman for Walmart told WNYT that they hope to have the Walmart up and running by the end of next year.
New Senior Living Community
Bonacio Construction will begin moving tenants into their first 55-plus independent senior living project in October. The former St. John Neumann retirement home for priests has been transformed into a $17 million upscale apartment community complete with a theater, private gardens, an indoor swimming pool, and a fitness center.
SportsSignup Aquired by Time… Now What?
SportsSignup, a Saratoga business that specializes in organizing youth sports, was acquired by Time Inc., in July. Now, the company is working to hire and expand in the future. Now known as Sports Illustrated Play, the company is in the process of rebranding. The current 50 employees that work there could soon double as the business is looking to hire developers, members for the sales team and support staff!
New Director for Saratoga’s Animal Shelter
Jason Hayes is expected to be approved by county supervisors as the new director of the Saratoga County Animal Shelter. Board of Supervisors Chairman, Matthew Vetch, told the Saratogian, “He has great experience. He came across as somebody who did a good job of managing volunteers and taking care of animals already.”
Continuum Wealth Advisors, LLC
CWA, an independent Registered Investment Adviser and integrated wealth management provider, announced that Stephen M. Cutting-Miller, CPA has joined the firm as the new Senior Vice President of Advanced Planning. Stephen brings a wealth of experience to  CWA and will focus on providing targeted financial planning services to individuals and company retirement plans.
Sources:
Albany Business Review – First look inside The Grove
Albany Business Review – What’s next for SportsSignup after Time Inc. acquisition
Saratogian
WNYT