Visit Saratoga.com For Everything Saratoga
Enter Giveaways Advertise
Home  »  Events  »  Take Your Tastebuds on a Journey at the Saratoga International Flavorfeast

On Saturday, October 10th from 11:00 AM to 4:00 PM, explore the streets of downtown Saratoga Springs and experience a feast of flavors from various countries during the second annual Saratoga International Flavorfeast. 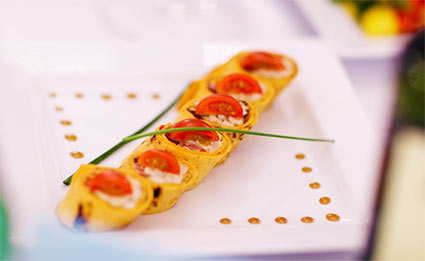 Beginning at 11:00 AM on the 10th, you can pick up your Flavorfeast “passport-map” of participating restaurants and businesses in front of Fingerpaint Marketing on the corner of Broadway and Division Street. The map will help you plan your day’s itinerary of travel to each destination for $1 food samples.

Fran Dingeman, the owner of Network Saratoga, stated in a press release, “The Saratoga region bursts with a rich, diverse blend and variety of restaurants and eateries. The Saratoga International Flavorfeast was created in celebration of the international food styles that make the Saratoga area such a unique culinary experience.”
In addition to food samples from downtown restaurants, there will be restaurants from outside the center of town set up in the Fingerpaint parking lot on Divions Street. There will also be cultural entertainment and trolley tours throughout the city.
Which eateries are participating? Take a look:
We hope to see you at this year’s Saratoga International Flavorfeast!