Stephan Pastis, who you may know as the mind behind Pearls Before Swine and his newest venture, Timmy Failure, will be at the Northshire Bookstore on Broadway on October 14th. We were lucky enough to speak with Stephan about his career, what’s up next and his first visit to Saratoga. Check it out: 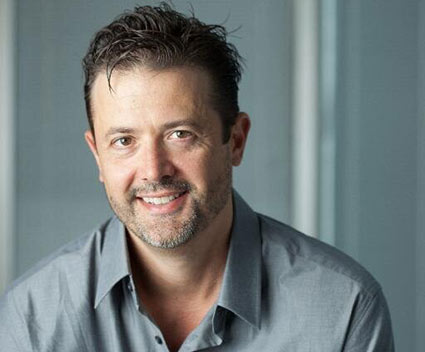 Let’s start from the beginning. When you were a kid, did you want to be a cartoonist? Have you always been an artist?

Yeah! Ever since I read a bunch of Peanuts books, you know, Charlie Brown. I found them at my aunt’s house and I just absolutely loved them. I knew from that moment on that’s what I wanted to do.
I know you used to be a lawyer. How did you end up here?
I just drew at night and on the weekends in the hopes of getting syndicated. However, I kept getting rejected and I was stuck being a lawyer. Seven or eight years into it, I did one strip that paired Rat with Pig and the syndicates liked it. I signed with one and sure enough, seven months later I started in the papers and I quit being a lawyer.
What typically comes first for you when you’re developing an idea? Words or images?
Definitely the words. No question. I just sit there, I’ll be sitting in a café, listening to music on my iPhone and when the words come to me, I write them down. Once I have two or three strips, I go into this little studio that I have, and I draw from what I have already but without the words, there is no strip.
Can we talk about how Timmy Failure came to be?
Yeah! A book agent contacted me in New York, who’s mom was a fan of the strips and he claims he was too, but I think it was really just his mom. He wanted to know if I would like to take a shot at this genre that they have called “illustrative novels for middle graders.” I call it kind of a Wimpy Kid kind of book. I think it’s a good instinct on his part because as a cartoonist, it’s a combination of writing decently enough and drawing decently enough and somehow the combination just works together. Anyways, I told him I would take a shot at it! I looked at the other children’s books around and all the protagonists were the same. They were all very smart, good problem solvers and so I did just the opposite. My protagonist is not smart and he is not a problem solver. Timmy was born.
Who are some cartoonists you admire or some of your favorite comic strips?
As a little kid it would be Peanuts. I really learned most thing for that. As I got a little bit older, like a teenager, I enjoyed Far Side and Calvin and Hobbes. And then, in terms of how to write a three panel strip, I learned everything I know from Dilbert. Three panels are a lot more specific than four panels. Scott Adams [author of Dilbert] does that really well and I admire him.
What advice would you give aspiring cartoonists?
I always tell them to work on their writing and then show it to someone else who you know will be honest. If it’s not good and you don’t know that yet, the minute you turn it over for someone to look at and you’ll know it’s bad. I learned that from Scott and Dilbert. He showed his work to his brother. It’s a very simple but effective trick. That would be my advice.
Have you ever been to Saratoga before? Are you excited to visit?
Yeah, I’m excited to visit! I’ve been to so many parts of the country and I tour kind of nonstop but my New York visit is usually just in New York City. This is the first time I get to go Upstate and I am really excited about it. I have no idea what to do!