Visit Saratoga.com For Everything Saratoga
Enter Giveaways Advertise
Home  »  Uncategorized  »  Local Photographer’s Eco-Friendly Home Featured in Documentary
You may know of Tom Stock as one of Saratoga’s finest professional photographers. However, Stock was recently featured on the other side of the camera lens. Local filmmaker, Justin Cerone, produced a film about Stock’s eco-friendly home. Get the scoop: 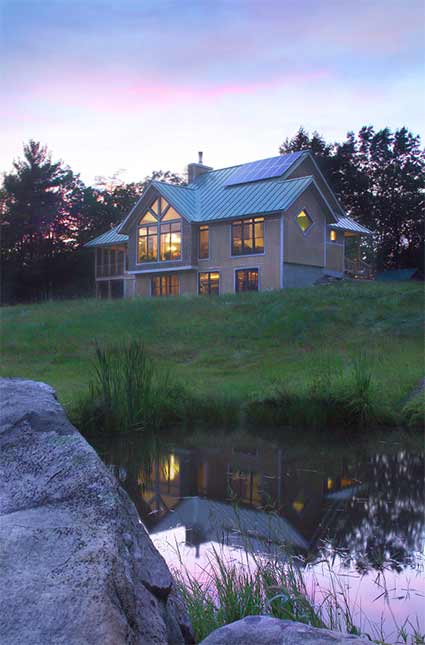 Cerone’s “The Sustainable” is a 24-minute documentary about Tom and Roberta Stock’s off-the-grid home that is powered almost entirely by solar and wind energy. The filmmaker visited their house throughout the year to show how the home functions in different seasons.

The Stocks have saved around $50,000 on heat and electric bills since going green ten years ago. Tom told the Saratogian, “When we first did this the word ‘green’ wasn’t even being bandied about. We saw this as doing our part to save our little corner of the world and make a positive impact on the planet.”
He continued by telling the Saratogian, “Now with a film like this out there, more people will understand that yes, you can do this, and should. You don’t have to go completely off the grid like we did. But if everybody just conserved a little bit, we could easily live on half the power we use.”
The documentary has been entered into major film festivals such as Woodstock, Monterrey and Sundance and could eventually end up on television. The film has also been dedicated to Stock’s late sister, Amy, who co-founded Sustainable Saratoga and wrote grants at Capital Roots in Troy. Stock hopes that “The Sustainable” will serve as an inspiration for individuals to continue to carry out his sister’s mission.
Source:
Saratogian