The Saratoga DBA has teamed up with TJ Tracy and his team of volunteers this Thanksgiving and Holiday season to coordinate a Downtown Business Campaign called “A Can On Every Counter.” 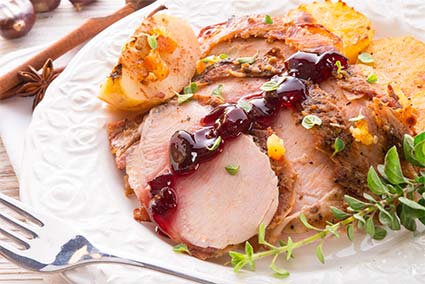 TJ Tracy, 15 years old, started TJ’s Turkeys six years ago when he realized that some local children and their families weren’t fortunate enough to enjoy a Thanksgiving turkey. He decided he wanted to help and his campaign has grown every year since its inception.

This year, the Saratoga DBA wanted to help TJ and his efforts by providing counter space for his donations cans and raise awareness for this community project. TJ’s Turkeys puts on a number of fundraising events throughout the holiday season and is associated with the Franklin Community Center for those who wish to send in donations on behalf of his efforts.
As of right now, there are over 30 cans in place in various downtown businesses to collect donations for this great cause! Keep your eyes open for one during your next visit to downtown Saratoga and help feed local families during the holidays.