Visit Saratoga.com For Everything Saratoga
Enter Giveaways Advertise
Home  »  Community  »  Saratoga Author’s Nonfiction Novel Entered For Pulitzer Prize
Editor’s Note 11/13/15: This article has been edited with correct information. The book has been entered for a Pulitzer Prize. Final nominations will be announced in April.

Longtime Saratoga resident, Ray O’Conor‘s novel has just been entered for a Pulitzer Prize. Get the scoop! 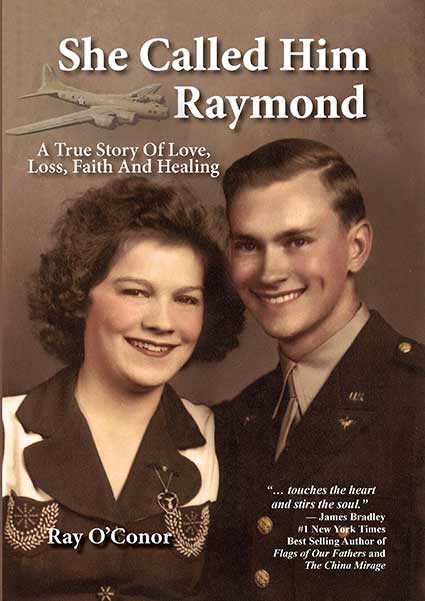 She Called Him Raymond — A True Story of Love, Loss, Faith and Healing has been entered for the Pulitzer Prize in the Nonfiction category. The finalists and winners will be announced on O’Conor’s birthday, April 18th.

The Pulitzer Prize is awarded for achievement in literature, journalism or the arts. It was established in 1917 by provisions in the will of American publisher Joseph Pulitzer and is administered by Columbia University.
This narrative nonfiction book, published by ShiresPress, an affiliate publisher of Northshire Bookstore, tells the inspiring story of Helen Gregg, one of eight children of Irish immigrants raised in Hell’s Kitchen during the Great Depression and Clarence Raymond Stephenson, an aspiring Army Air Corps Cadet, brought up in the small, struggling city of Ironton, Ohio.
Fate brought these two together in New York City in 1942. This captivating novel tells the tale of their struggles and romance, his heroic times as a pilot during World War II and the horrific tragedy that ultimately tore them apart.
It is a story of true love and a promise Helen made to Raymond that had to be kept, no matter how long or how hard it could potentially be to keep up. A letter that was written in 1944 was revealed to O’Conor sixty-three years later. It was this letter that inspired O’Conor to uncover the history behind it and pen the moving and heartfelt story.
We wish Ray O’Conor all the luck from Saratoga.com! We can’t wait to get our hands on She Called Him Raymond.
Source:

ShiresPress,. She Called Him Raymond, A True Story Of Love, Loss, Faith And Healing Nominee For The Pulitzer Prize In Nonfiction. 2015.