It may be winter, but that doesn’t mean the parties in Saratoga have come to a halt! Hattie’s Restaurant will host their popular 15th Annual Mardi Gras Soirée and fundraiser on Saturday, January 16th. Find out the details! 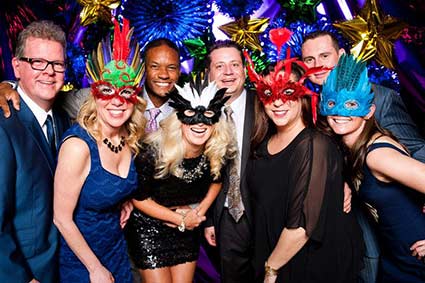 Hattie’s owners Jasper and Beth Alexander have announced that in honor of its 50th Anniversary, Saratoga Performing Arts Center will be the beneficiary of the night! This year’s event is themed “A Midsummer Night’s Dream” in celebration of the New York City Ballet’s inaugural performance that opened SPAC in 1966.

“We are honored that Jasper and Beth Alexander have chosen SPAC as the beneficiary of this year’s Mardi Gras Soirée in support of our 50th Anniversary. Hattie’s is not only a culinary landmark, but, under the leadership of Jasper and Beth Alexander, a champion for the quality of life in Saratoga,” said Marcia White, SPAC’s President and Executive Director in a press release.
The Canfield Casino will be transformed into a dreamland on Saturday evening. Garland Nelson and Soul Session will provide entertainment, along with the dancers from Northeast Ballet. The event will also feature a complimentary cocktail from 6:00 PM to 7:00 PM, Mardi Gras-inspired cuisine by Chef Jasper Alexander, cash bar, silent auction and more!
Don’t miss out on what’s sure to be a fantastic evening! Get your tickets today by calling 518-584-9330 x 119.