Visit Saratoga.com For Everything Saratoga
Enter Giveaways Advertise
Home  »  Business  »  The Hungry Spot Has a Familiar Face as New Owner

One of Saratoga’s most popular delis, The Hungry Spot, recently changed owners. However, those who are long time customers will be relieved to find out who it is! 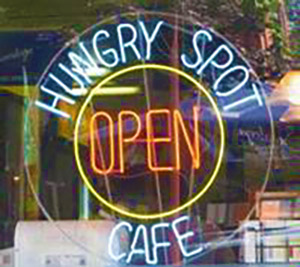 Head chef of the Hungry Spot, Mark Steier, has taken over ownership! Steier has worked at the deli for five years. He started out making salads and took over the chief cook’s responsibilities when they left. Since then, Steier has been the hands behind some of the area’s most beloved sandwiches.

Former owner Steve Welles, who ran the Hungry Spot for 18 years, stayed around to help Steier with the transition. He also emphasized the importance of getting to know customers and their orders. Steier told the Saratogian that he knows more than probably one hundred individual sandwich orders by heart.

The Saratogian reported that Steier stated, “I’ve learned from some great chefs and had some great coworkers.” In addition to managing both roles of being a small-business owner and head chef, Steier has plans for renovations. The physical deli, the menu and the website will all have some work done. New counters will soon be put in, and there will be small changes to the menu.
Best of luck going forward to Steier from all of us at Saratoga.com!
Source:
Saratogian