We know that SPAC’s 50th Anniversary Season is going to be one for the books. However, SPAC and The Philadelphia Orchestra want your help to make it even better. Find out how you can get involved. 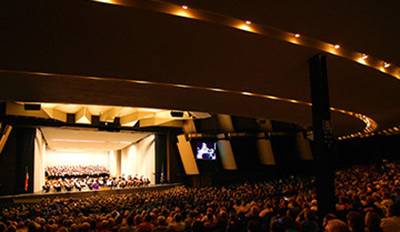 Votes may be cast online at SPAC’s website from 10:00 AM Thursday, February 4th until midnight on Monday, February 29th. The first 50 voters will receive an honor SPAC50 pin in recognition of their involvement with the 50th Anniversary Season.
Audiences may vote to select one of the following pieces:
Marcia J. White, SPAC’s President and Executive Director said in a press release, “We are thrilled to offer our audiences an opportunity to directly influence the musical programming in SPAC’s 50th Anniversary Season.”
The August 4th program will also feature a spectacular performance of Sibelius Violin Concerto by virtuoso violinist Sarah Chang. Since her debut with the New York Philharmonic at the age of eight, Chang has performed around the globe with the world’s leading orchestras, conductors and accompanists in a career spanning more than two decades. She first performed at SPAC at The Philadelphia Orchestra when she was 10 years old!
We’re looking forward to finding out what the winning selection will be! What are you waiting for, Saratoga? Get voting!